Coronavirus hit to airlines could exceed US$110 billion: IATA 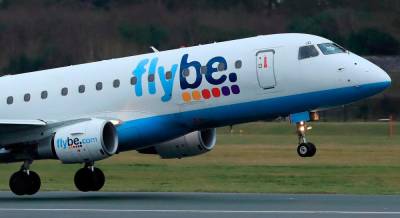 LONDON/SINGAPORE: The coronavirus epidemic could cost passenger airlines up to US$ 113 billion (RM470.36 billion) in lost revenue this year, an industry body warned today, more than three times a projection it made just two weeks ago as the virus continues to spread around the world.

The warning from the International Air Transport Association (IATA) came as British regional carrier Flybe became the first big casualty of the slump in travel demand due to the crisis and Norwegian Air scrapped its profit forecast for this year.

Airlines across the world are rushing to cut flights and costs, and warning of a hit to earnings, as a new virus that started in China spreads, raising fears of a pandemic that could plunge the global economy into recession.

In a sign of the difficulties this is creating for airlines, a Turkish Airlines jet was flown back to Istanbul without any passengers on board yesterday on orders from Singapore after a passenger who had arrived on the same plane on Tuesday tested positive for the virus.

IATA projected the hit to passenger airlines in lost revenue from the crisis could be anywhere between US$ 63 billion and US$ 113 billion this year, depending on the virus’s progression. On Feb 20, it had forecast a hit of US$ 29 billion.

Global airline industry revenues totalled US$ 838 billion in 2019, according to IATA data.

The failure of British regional airline Flybe comes less than two months after a rescue deal for the company was agreed by its owners and the UK government. Despite its commitment to improving regional transport links, the British government backed away from that deal due to the scale of the hit to demand from the virus outbreak.

“All flights have been grounded and the UK business has ceased trading with immediate effect,“ Flybe said as it entered administration, a form of protection from creditors.

The failure of the airline, which has long struggled with losses, not only puts around 2,400 jobs at risk but could also see some regional UK airports struggle.

Flybe carried around eight million passengers a year between 81 airports and was owned by a consortium of Virgin Atlantic, Stobart Group and Cyrus Capital.

Norwegian Air, a pioneer of low-cost transatlantic travel, has also been struggling for years due to cut-throat competition and heavy debts built up during rapid expansion.

The company, which has repeatedly raised cash from shareholders to stay in business, said yesterday it was scrapping its 2020 earnings guidance, which had predicted a return to profit after three years of losses, due to the drop in travel demand and disruption caused by the virus.

It also said it would cancel 22 long-haul flights between Europe and the United States from March 28 to May 5, with routes from Rome to Los Angeles, Boston and New York seeing a reduced number of departures.

In addition, it will cut the number of flights between London and New York, flying twice, rather than three times, on some days.

“At this stage, it is too early to assess the full impact on our business,“ it said in a statement.

In a separate development, Abu Dhabi’s struggling carrier Etihad on today posted a US$ 870 million (RM3.6 billion) loss for 2019, its fourth year in the red, and said its restructuring plan still has “some way to go”.

The latest loss compared to a shortfall of US$ 1.28 billion in 2018, dropping by a third thanks to significant cuts in spending, the company said in a statement.

In the previous three years, Etihad accumulated total losses of US$ 4.67 billion mainly because of failed massive investments in global airlines, some of which went bankrupt.

“Operating costs were reduced significantly last year,” said Tony Douglas, CEO of Etihad Aviation Group. Much progress had been made since 2017 under a restructuring plan but “there is still some way to go”, he added.

Etihad invested heavily in carriers around the world including Alitalia, airberlin, Air Seychelles, Virgin Australia and India’s Jet Airways, some of which have faced financial difficulties, causing Etihad heavy losses.

The hard times have forced the airline to sharply reduce its orders from Airbus and Boeing, cancelling dozens of aircraft in the process.

By the end of last year, the carrier had a fleet of 95 passenger aircraft including Airbus A-380 superjumbos and Boeing 787 Dreamliners, in addition to six cargo aircraft, with 76 destinations served around the globe.