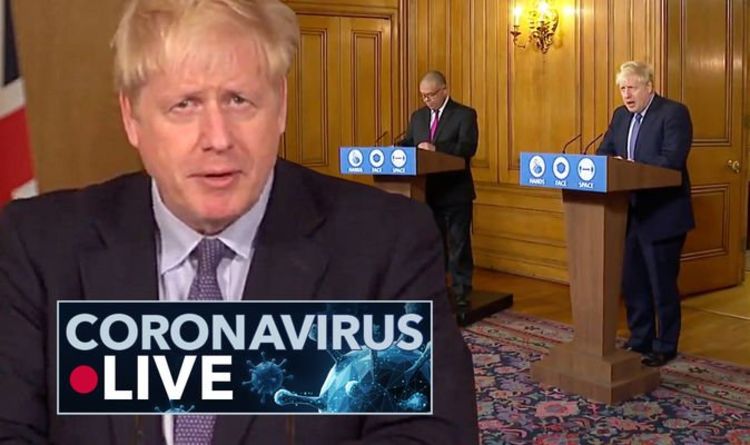 In the trials, a small number of young and healthy participants – aged 18 to 30 – will be given a vaccine candidate, which has previously been assessed in earlier clinical trials.

This group of up to 90 participants will then be exposed to the virus in a controlled environment.

They will be carefully monitored to assess how the vaccine works and any possible side-effects.

Speaking to Sky News, he said local leaders would continue to seek an agreement which protects communities and businesses.

“The only way it’s got a chance of working is if you fully fund it so that lots of things can close so that they can have the maximum impact.

“The problem with the Government strategy is it isn’t doing that, it’s trying to penny pinch on Tier 3.

“That’s the problem, I don’t think its own strategy will work. It’s not backing itself to make its strategy work.”

8.34am update: Andy Burnham says he ‘won’t break the law’

Greater Manchester mayor Andy Burnham said he would not “break the law” if the Government put the region into Tier 3 coronavirus measures.

Appearing on Sky News, he was asked what he would do if further restrictions were imposed.

Mr Burnham said: “Of course we wouldn’t break the law. We’ve never said that we would.

“We would obviously have to accept that decision, in the end it’s the Government’s prerogative.

“But I would say to them at this point are they sure that that is a wise thing to do?”

The number of confirmed coronavirus cases in Germany increased by 6,868 to 373,167, data from the Robert Koch Institute (RKI) for infectious diseases showed on Tuesday.

A pre-departure rapid Covid-19 testing facility has been launched at Heathrow Airport.

From Tuesday, the facilities in Terminals 2 and 5 will initially offer tests to passengers travelling to Hong Kong and Italy before they fly.

To start, the facilities will offer LAMP testing and will expand to offer antigen testing in the coming weeks.

Unlike PCR tests, which are used by the NHS, LAMP and antigen tests can be processed without being sent to a laboratory.

7.55am update: Gary Lineker flouts COVID rules as he shops in M&S without face mask

BBC presenter Gary Lineker has been accused of “hypocrisy” and forced to apologise after he was spotted flouting coronavirus rules by not wearing a face mask in a supermarket.

The outspoken former footballer was pictured wandering around Marks & Spencer in Barnes, south-west London, on Sunday without a mask – after months of lecturing others to do just that.

The 59-year-old Match Of The Day was spotted by a member of the public as he looked at the supermarket’s desserts before browsing the shop, queuing at the tills and paying for his food – all without a mandatory face covering.

Matt Hancock has been accused of spreading fear about the coronavirus by using “selective statistics” by Manchester Mayor Andy Burnham.

The Health Secretary faced accusations from the Manchester Mayor and leader of Manchester City Council Sir Richard Leese after the Government warned the entire intensive care capacity in Greater Manchester could be filled with COVID-19 patients by November 12 unless action is taken. However, the two leaders insisted the region’s intensive care occupancy rate was not abnormal for this time of year.

They accused the Government of using “selective statistics” to raise concern about the public health situation in the region.

They said: ”We are not complacent about the position in our hospitals and are monitoring the situation closely.

“But in the current situation, we believe it is essential that our residents are given clear, accurate information about the state of the NHS in Greater Manchester and that public fears are not raised unnecessarily.”