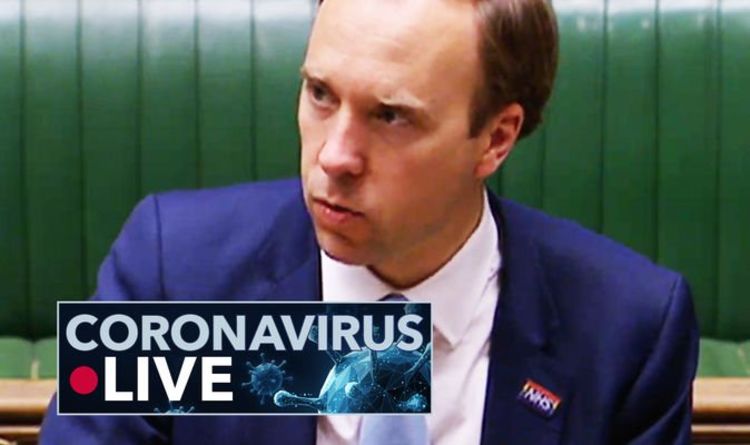 He told the Daily Telegraph: “We have had enough. We will definitely open in September using our own hygiene measures, our own risk-based assessment of social distancing and our own test and trace system.

“There is no confidence left in the Government, given their failed promises. All schools should do the same.”

Private schools will use the Government’s own legal defence of it’s UK-wide lockdown policies to prove schools were never required to close to fight COVID-19.

Submitted to the High Court in response to a judicial review launched by businessman Simon Dolan, it says: “This constituted a request, not a direction.

“The Secretary of State has not exercised his powers to make a closure direction in respect of any school.”

Education Secretary Gavin Williamson is expected to unveil plans for a summer “catch up” programme for secondary school pupils to ensure they are ready for the new term in September.

READ MORE: Matt Hancock announces R rate below one in all regions

8.50am update: Sturgeon hopes ‘near normality’ possible when schools reopen

Nicola Sturgeon said schools may be able to open with “nearer normality” in August, depending on how successful efforts to suppress coronavirus have been.

The Scottish Government has come under fire from parents and others over plans for pupils to spend only part of the week in the classroom.

The First Minister insisted ministers would be guided by the scientific evidence, and would “not compromise on safety”.

But she said that “if we can suppress the virus sufficiently, and have other measures in place, nearer normality may be possible”.

European shares opened higher on Wednesday, with hopes of a swift rebound from a coronavirus-led economic slump gaining traction even as curbs on movement in Beijing were put in place to contain a potential second wave of COVID-19 cases.

The pan-European STOXX 600 index rose 0.4 percent, after logging its best day in nearly one month in the previous session on the US Federal Reserve’s plan to start buying corporate bonds and a report the Trump administration was preparing a nearly $ 1 trillion infrastructure proposal.

8.11am update: Health Minister hails use of steriod to fight coronavirus

Trial results announced on Tuesday showed dexamethasone, which is used to reduce inflammation in other diseases such as arthritis, reduced death rates by around a third among the most severely ill COVID-19 patients admitted to hospital.

Health Secretary Matt Hancock told Sky News: “It does increase your chances of survival quite significantly.

“It is one of the best pieces of news we’ve had through this whole crisis.

“It reduces your chances of dying when you are on a ventilator. It is brilliant news for everybody.”

7.57am update: Matt Hancock on concerns over Brazil

Health Secretary Matt Hancock said Brazil was one country which the UK was worried about new cases of coronavirus arriving from.

Asked at least five times on Sky News what countries meant the quarantine on arrivals was necessary, he said air bridges were still being considered but would not state any other nations other than Brazil.

“It’s really sad to see some of the countries like, for instance, Brazil, where the numbers are really shooting up, so we do have to have this measure in place,” he said.

“I mentioned Brazil, there are others we are worried about. I’m not going to go into which countries.”

7.48am update: NorwegIan Air to resume flights to UK

Airline Norwegian has announced it will resume serving UK airports from July 1 due to increased demand.

The carrier will initially operate flights on four UK routes, connecting Gatwick and Edinburgh with Oslo and Copenhagen.

Since April, Norwegian has only operated domestic flights within Norway due to the collapse in passenger numbers caused by the coronavirus pandemic.