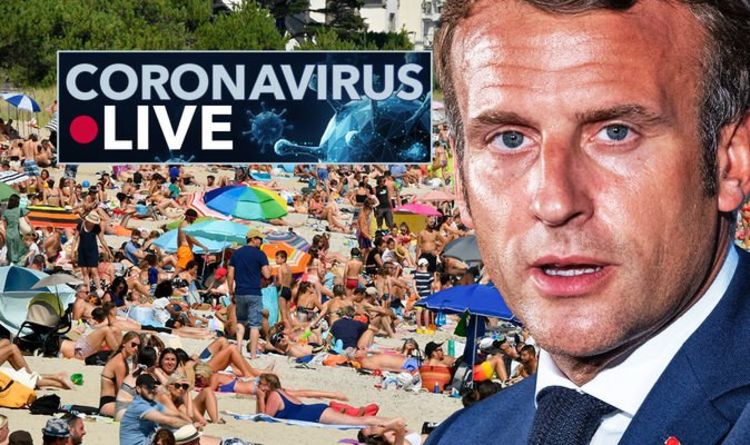 Officials in Preston have urged residents in the Lancashire city to avoid having visitors in their homes, though no official rules have yet been introduced.

Preston City Council said evidence from Public Health England showed a spike of coronavirus cases in Preston, with the majority of the spread through households and community.

The council’s chief executive Adrian Phillips said officials were aware the coronavirus was spreading via “community transmissions” across the city.

Last Thursday Matt Hancock announced on Twitter that lockdown restrictions would be tightened in Greater Manchester, parts of West Yorkshire and East Lancashire and will take effect immediately.

When announcing the new lockdown restrictions, Mr Hancock said the new spike in infections were largely caused by people not abiding by social distancing rules.

The Government was criticised for announcing the new measures on social media, and for giving little notice to residents.

Huge spikes were recorded in Manchester, Tameside and Oldham.

Having now declared a major incident, the city can access extra national resources – such as the army – if it becomes necessary.

Chancellor Rishi Sunak has warned holidaymakers of the risk of travelling abroad during the coronavirus crisis amid concerns France may be the next nation to be added to the quarantine list.

He said on Friday that ministers will “not hesitate” in ordering travellers coming back from countries with high coronavirus rates to isolate for 14 days, as Belgium, Andorra and The Bahamas lose their exempted status.

Travellers returning to the UK from those three nations from Saturday must enter quarantine, and there are fears those coming back from France could be next with cases there increasing.

Mr Sunak told Sky News: “It’s a tricky situation. What I can say to people is we’re in the midst of a global pandemic and that means there is always the risk of disruption to travel plans and people need to bear that in mind.

“It’s the right thing for us to do to keep everything under review on a constant basis talking with our scientists, our medical advisers, and if we need to take action as you’ve seen overnight we will of course not hesitate to do that and we’re doing that to protect people’s health.”

Officials in Preston have warned it could become the latest area to face a local lockdown amid rising infection rates, with 47 new cases in the past week.

Dr Sakthi Karunanithi, the director of public health at Lancashire County Council, said the city had taken action ahead of an expected announcement by the Government and Public Health England today.

He told BBC Breakfast: “We’re not waiting for others to tell us what to do here in Preston, we’ve already activated our plans, making more tests available and asking people to avoid social contacts.”

Rishi Sunak has said a forthcoming “Kickstart scheme” will offer Government-subsidised jobs for youn people at risk of long-term unemployment.

The scheme will provide at least the national living wage and 25-hours per week of work, along with training.

The Chancellor told BBC Breakfast: “That will help a generation of young people get into the labour market.

“Young people, in particular, are most at risk in a crisis like this and we want to protect their prospects for the long-term. If they don’t have a job early in their career that will have a negative impact on them for many years to come.

“We also significantly increased the cash incentives for businesses to take on new apprenticeships, 2,000 to take on a young apprentice, 1,500 to take on an apprentice over the age of 25. That’s a great way for people to get into work and earn and learn at the same time.”

Rishi Sunak will visit Scottish businesses that have benefitted from his coronavirus support schemes as he aims to stem growing support for independence.

The Chancellor will point out that backing worth £2.3 billion has been given to more than 65,000 firms in Scotland since the pandemic began, and pledge to keep supporting “every corner of the UK”.

The trip will mark the fourth visit north of the border by a Cabinet minister in just over two weeks.

Public Health England Director Yvonne Doyle said a total of 6,634 cases of coronavirus have been recorded. It comes as the Prime Minister warned...
Read more
U.K.

A derelict factory has caught on fire in the Walsall Town Centre. Fire crews are currently on scene at Marsh Lane and were called...
Read more