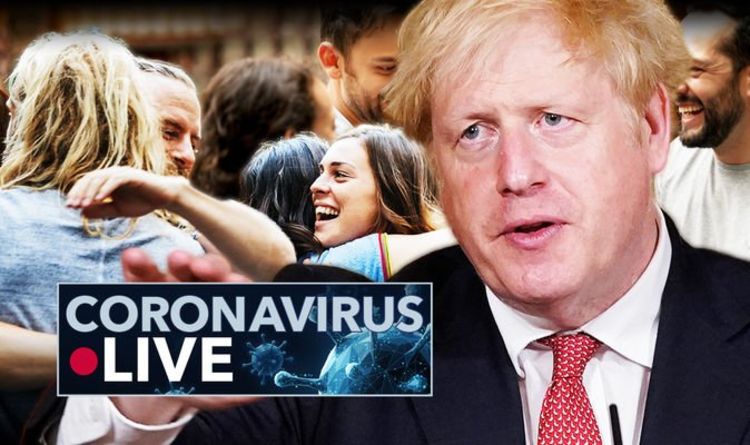 Meanwhile, Israel will enter a three-week nationwide lockdown starting on Friday to contain the spread of the coronavirus after a second- wave surge of new cases.

During the lockdown, which comes during the Jewish high-holiday season, Israelis will have to stay within 500 metres of their houses, but can travel to workplaces that will be allowed to operate on a limited basis.

Schools and shopping malls will be closed but supermarkets and pharmacies will remain open.

Prime Minister Benjamin Netanyahu said on Sunday: “I know those measures will exact a heavy price on us all, this is not the kind of holiday we are used to. And we certainly won’t be able to celebrate with our extended families.”

Sweden has taken the UK off its red-list of countries it advises citizens not to travel to, despite a pick-up in new COVID-19 cases and restrictions on public gatherings.

Swedes can now travel freely to most European destinations, though Finland, Ireland, the Baltic countries and Malta remain on the red-list.

On Thursday, ministers resolved to impose localised limitations on people socialising in Belfast, Ballymena and other areas with high infection rates.

Mr Swann said: “In light to what is being alleged this morning, I am not going to breach the confidentiality of Executive discussions to comment on ill-informed and bogus claims.

“Our public health messaging is too important to play games with.”

Mr Wilson alleged that Mr Swann and others had pressed for more extensive restrictions during Thursday’s Executive meeting.

9:15am update: New restrictions on face coverings for Wales

Face coverings are now mandatory in shops and indoor public spaces in Wales, where it is now illegal for more than six people to meet inside.

First Minister Mark Drakeford has warned that COVID-19 is “on the rise again” in Wales after weeks of being in decline, with 20 people in 100,000 in the country having the virus.

He previously said the new measures, which apply from Monday, were needed to prevent cases from spreading and to avoid more “draconian” restrictions.

8:30am update: Minister tells people to grass up their neighbours if they break COVID rules

He told BBC Radio 4’s Today programme: “We are in discussions about what reporting mechanisms there might be but there is obviously the non-emergency number that people can ring and report issues they wish to.

“Certainly during the initial stage of lockdown, we did see a surge in those reports coming through to the police.

“If people are concerned, if they do think there is contravention then that option is open to them.”

Pressed on whether that would involve reporting a gathering of seven or more in a neighbour’s garden, Mr Malthouse said: “It is open to neighbours to do exactly that through the non-emergency number and if they are concerned and they do see that kind of thing, then absolutely they should think about it.”

Asked to clarify whether residents should be concerned about local breaches of law in neighbouring properties and report them to the police, he replied: “Yes.”

A trade union boss has warned that the end of the job retention scheme could trigger mass redundancies.

Speaking on BBC Breakfast, TUC general secretary Frances O’Grady said: “Unemployment isn’t just miserable for families, it will hold back the economy, just at the time when if we are facing further spikes and lockdowns we need more support.

“We’ve put forward proposals to the Government for a job retention and upskilling scheme and I’m really appealing to the Chancellor to stand by working families and keep people at work.”

She described the furlough scheme as a success, stating it is “too soon to pull the plug”.

“The problem is if the Government doesn’t act now we could be facing mass unemployment and we know how much harm that does to the economy and how much more expensive it is in the long run.”

Scotland's First Minister hit out a the frustrating delay to at COBRA meeting date being announced in order to make decisions on new coronavirus...
Read more
U.K.

Coronavirus cases could soon surge to hit 50,000 by the middle of October if there is not a halt in the progress of the...
Read more
U.K.

No 10’s top Covid 19 experts will issue a stark warning to the public that infection rates are going in the wrong direction and...
Read more
U.K.

Boris Johnson urged to fine rule breakers £10k for breaking quarantine – 'Round them up!'

Boris Johnson announced new strict rules on Saturday which will see heavy penalties ushered in for rule-breakers. As of September 28, anyone caught ignoring...
Read more
U.K.

The Prime Minister is accused of travelling abroad during the weekend of September 12 and 13. An official statement from the local airport in...
Read more
U.K.

Lottery winner Chloe Webster won't be in a huge rush to return home from her holiday in Greece after learning of her jackpot. The 29-year-old...
Read more

Jennifer Ouellette, Ars Technica There's nothing quite like the pleasure of sipping a fine Scotch whiskey, for those whose tastes run to such indulgences. But...
Read more