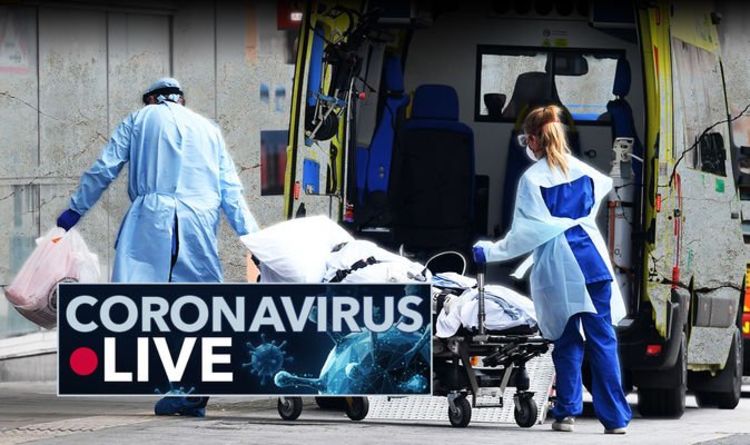 A total of 646,841 coronavirus deaths have been confirmed, according to the latest figures from Reuters, a figure at the higher end of the worldwide flu death toll estimates for an average year. There have been more than 16.25 million Covid-19 cases. The WHO estimates between 290,000 and 650,000 deaths each year across the globe are associated with seasonal influenza – meaning coronavirus is now on the cusp of overtaking this total.

In the UK there have been 299,426 confirmed cases and 45,752 deaths, according to the Government’s latest figures. On an average year, Public Health England estimates there are 17,000 flu deaths.

It comes after a worrying study indicated the worldwide death toll could be even higher than expected.

The investigation by El Pais newspaper said the official death toll of 28,432 could actually be as high as 44,868.

Spain was struck off Britain’s list of safe holiday destinations on Saturday amid fears of a second coronavirus wave.

Thousands of travellers arriving back in the UK will be forced to quarantine for 14 days following the move.

Ryanair has said a second wave of coronavirus is now its “biggest fear” after reporting a loss of 185 million euro (£168 million).

The company said: “The past quarter was the most challenging in Ryanair’s 35-year history.

“During this time, group airlines repatriated customers and operated rescue flights for different EU governments, as well as flying a series of medical emergency/PPE flights across Europe.”

The number of confirmed coronavirus cases in Germany has increased by 340 to 205,609, according to the latest figures from the Robert Koch Institute (RKI) for infectious diseases.

No further deaths have been reported with the toll remaining at 9,118.

A5 traffic latest: A5 closed as police respond to 'DEADLY' incident in Maida Vale

Police attended a scene in Maida Vale last night and in the early hours of this morning to reports of someone acting suspiciously. Reports from...
Read more
U.K.

Mr Johnson is set to address the nation today where it is thought he will set out certain measures, such as a curfew on...
Read more
U.K.

In a letter to staff, almost half of the 1,000 strong workforce at the six airports will now be at risk of cuts.  This was...
Read more
U.K.

The Prime Minister is imposing tough new restrictions, including a 10pm curfew on pubs, bars and restaurants from Thursday, after his top advisers warned...
Read more