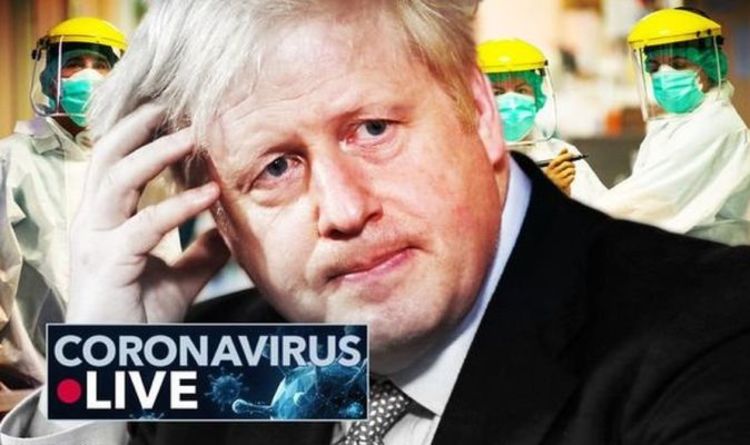 The document, which was first obtained by Newsnight, set out a scenario if schools were reopened but other lockdown restrictions were reimposed from November for several months.

A Cabinet Office spokesman said: “As a responsible government we have been planning and continue to prepare for a wide range of scenarios, including the reasonable worst-case scenario.

“Our planning is not a prediction of what will happen. It reflects a responsible government ensuring we are ready for all eventualities.”

It comes as Jo Grady, general secretary of the University and College Union warned that Universities could become “the care homes of any second wave of COVID”.

She also accused the government of a lack of planning as thousands of students are expected on campuses in the next few weeks.

“So the very people who are increasingly getting infected are being encouraged to move around the country and congregate and live together.

9am update: Zants flight with COVID-19 cases full of ‘Covididiots’

A flight from the Greek island of Zante on which almost 200 passengers were told to self-isolate after Coronavirus cases were confirmed was “full of selfish ‘covidiots’ and an inept crew”, a traveller has said.

There are 16 cases of COVID-19 linked to people who took Tui flight 6215 to Cardiff on August 25, and officials know that seven of those cases were infectious or potentially infectious whilst on the flight, according to Dr Gwen Lowe, consultant in communicable disease control for Public Health Wales.

She said there have been about 30 cases in Wales in the last week that have come back from Zante, confirmed in people who were on different flights and staying in different locations.

Stephanie Whitfield was on the Tui flight to Cardiff and described how passengers were not wearing masks correctly and just seemed to “disregard the rules”.

She told BBC Radio 4’s Today programme: “Many passengers didn’t seem to know how to wear the masks correctly or they seemed to just disregard the rules really.

“They were taking the masks off to talk to friends and they were going up and down the aisles to talk to their friends without their masks on.”

8am update: India cases still at a record high after five days

India reported 78,512 new novel coronavirus infections today, slightly fewer than its record set the previous day when it posted the biggest, single-day tally of infections of any country in the pandemic.

India, the world’s second-most populous country, has been posting the highest single-day caseload in the world every day since Aug. 7, exceeding the tallies of both the United States and Brazil.

And neuroscientist Professor Karl Friston has said it is now time to move away from remote call centres and instead rely on local expertise...
Read more
U.K.

Nicola Sturgeon told Scotland's daily coronavirus briefing that there will be “hard but necessary decisions” over the coming days amid suggestions of another national...
Read more
U.K.

Coronavirus cases MAPPED: Where are COVID-19 cases rising? From London to North West

This means there were around 6,000 new cases of COVID-19 every day - almost double the rate of the week previously. The ONS estimated 3,200...
Read more
U.K.

If you're planning to visit the EU with your pet - be it a cat, ferret or dog, including assistance dogs - you need...
Read more
U.K.

He warned the broadcaster that viewers are voting with their feet after the number of people paying the licence fee dropped. “I do think...
Read more
U.K.

Mr Cameron revealed he held the fort at home and spent a couple of days a week volunteering. He told Times Radio: "I was...
Read more