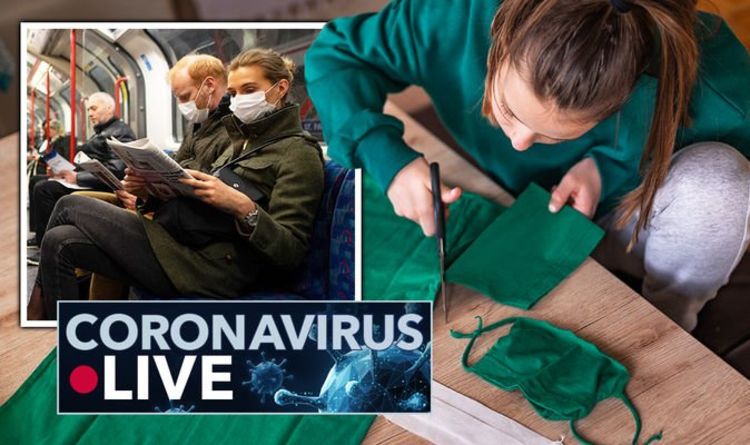 The ONS figures show there were 13,121 deaths involving coronavirus in England and Wales up to April 10, compared to 9,288 hospital deaths reported by the Department of Health and Social Care.

The ONS data includes all mentions of coronavirus on death certificates as well as deaths in the community.

The Department of Health and Social Care total only includes deaths in hospitals where a patient has been tested for Covid-19.

A victim of the IRA docklands bombing is using a donated ambulance to help the vulnerable in London during the coronavirus crisis.

Jonathan Ganesh and other volunteers will use the vehicle to deliver essential supplies to those who are self-isolating, transport patients home after they have been discharged from hospital, and carry equipment between NHS services.

Mr Ganesh said: “The NHS saved my life due to the horrific injuries I sustained from a terrorist bomb in 1996.

“I have never forgotten the overwhelming medical care and support that I received from the NHS that undoubtedly saved my life.”

Mr Ganesh is president of the Docklands Victims Association (DVA) and its members have registered with the NHS volunteering programme.

10.20am update: Scotland’s schools expected to be shut until at least after summer break

Schools in Scotland are expected to remain closed until after the summer break, according to the country’s education secretary.

Speaking to the BBC’s Good Morning Scotland radio programme, John Swinney MSP said: “What I can say is that for the foreseeable future schools will be closed.

“We have taken no decisions to reopen schools and, as we said back in March, we expect them to be closed until at least the summer break.

“We are seeing the progress that is being made on slowing up the coronavirus just now, but that’s on the basis that only one in every 200 children are in schools today.

“The minute we say more people can be in that school, we are acknowledging that the risk of the spread of coronavirus rises and we can’t afford to take that risk.”

Scotland’s First Minister Nicola Sturgeon previously said she could not “promise” they would be able to reopen before that time.

Local Government Minister Simon Clarke said: “We are absolutely determined across the whole of the UK to hit this target.

“As I say, we are going to move from 26 current testing facilities to 50. That will in turn obviously bring those centres closer to more people and make it more viable to go there.

“We’re increasing the groups of key workers who can go and be tested.”

9.05am update: Turkey PPE delivery will arrive ‘in the next few days’

A delayed PPE delivery from Turkey, which was due to arrive on Sunday, will be in the UK “in the next few days”, Local Government Minister Simon Clarke has said.

Asked whether it had left Turkey yet, he told BBC Radio 4’s Today programme: “I can’t speak to that, I’m afraid. All I know is it set off last night.

“It will be with us obviously in the UK in the next few days, which is the core priority.”