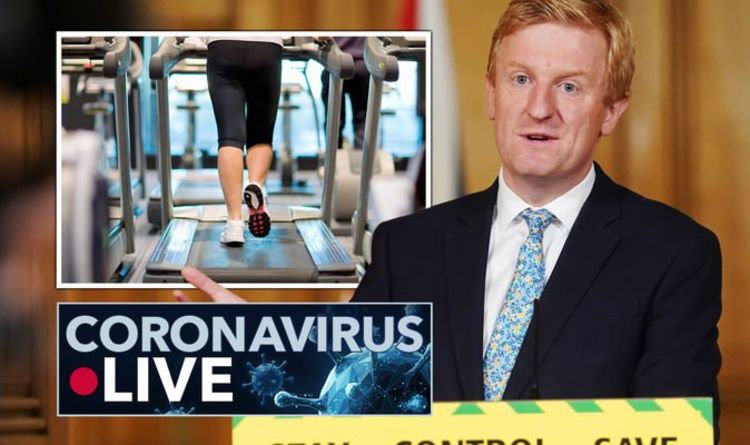 Tokyo-based scientific research insitute Riken used the supercomputer Fugaku to conduct simulations on how air particles from an infected person spread indoors, The Asahi Shimbun reported. In a train carriage opening the windows boosted ventilation by two or three times helping lower the transmission of the virus, according to the research.

Cutting the number of passengers in the carriage reduced the spread further.

In hospitals having wall to ceiling curtains to enclose patients with coronavirus is the most effective measure.

Barriers across shared desks and tables helps slow the spread in schools and offices, the research found.

The findings could prove crucial in fighting a second wave.

9.05am update: Burger King could shut one in 10 stores

Burger King UK’s boss has warned the coronavirus crisis could force the company to permanently close up to 10 percent of its stores putting 1,600 jobs at risk.

Chief executive Alasdair Murdoch told the BBC’s Newscast: “We don’t want to lose any (jobs). We try very hard not to, but one’s got to assume somewhere between 5 percent and 10 percent of the restaurants might not be able to survive.

“It’s not just us – I think this applies to everyone out there in our industry.”

Since the lockdown only about 370 of the chain’s 530 UK stores have reopened.

8.15am update: Dodds blasts Chancellor for giving ‘a lot of excuses’ for not expanding economic recovery schemes to support more people

Shadow chancellor Anneliese Dodds told BBC Breakfast: “Two things need to change, first of all we shouldn’t still be having this ‘computer says no’ response from the Chancellor.

“Whenever these matters have been raised he said there is a need for speed when the different systems were set up, the furlough scheme and the self-employed scheme, that you can’t possibly include everyone at the beginning and he repeated that again yesterday.

“I’ve said to him and Labour said back to him that these systems have been created now, there is more scope in the system to be fitting them to people’s circumstances.

“It’s a complicated area but it’s not beyond the wit of man to sort out solutions to this.”

8am update: Jobs at risk unless economic activity returns to normal – Chancellor

Chancellor Rishi Sunak told Sky News: “We’ve moved through the acute phase of the crisis where large swathes of the economy were closed.

“We’re now fortunately able to safely reopen parts of our economy, that’s the most important thing that we can do to get things going.

“But we won’t know the exact shape of that recovery for a little while – how will people respond to the new freedoms of being able to go out and about again. We have to rediscover behaviours that we’ve essentially unlearned over the last few months.

“But unless activity returns to normal, those jobs are at risk of going which is why we acted in the way that we did.”