Coronavirus mapped: How ready is the UK for an epidemic compared to the rest of the world? 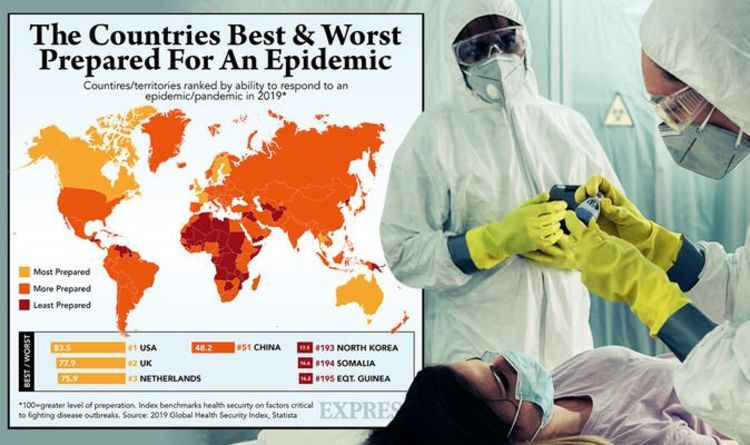 As Statista reports, last year, the Global Health Security Index was released and it assessed levels of global health security across 195 countries.

It specifically analysed levels of preparation by focusing on whether countries have the proper tools in place to deal with serious disease outbreaks.

How did the UK fare?

Thankfully, the United Kingdom was ranked the second most prepared country in the world to deal with a disease outbreak, falling short only to the United States.

READ MORE: Coronavirus infection: Are bats spreading the deadly China virus? What are the symptoms?