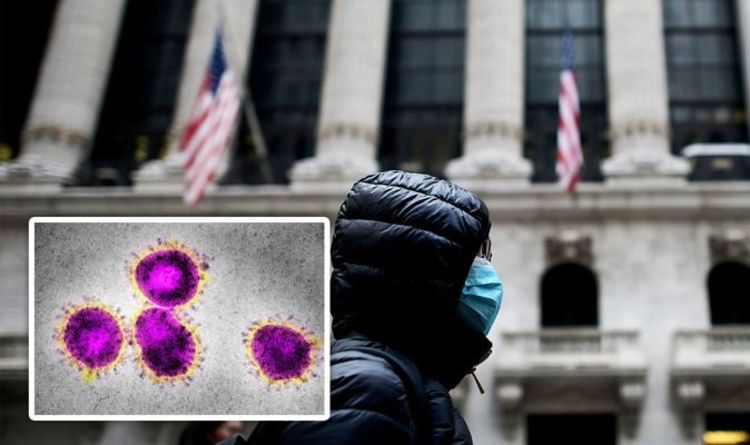 The new strain of coronavirus has spread rapidly across the globe, with cases now confirmed in 25 countries, including two in the UK.

In a bid to contain the outbreak, which has affected at least 20,600 people and left 427 dead, the US Department of Homeland Security (DHS) has implemented new rules around travel from China, urging residents not to travel to the region.

The move is the latest from the government which issued a level 4 travel advisory after the World Health Organisation (WHO) declared the outbreak a public health emergency of international concern on January 30.

Americans who travelled to China in the past 14 days are able to enter the United States from a total of 11 designated airports.

According to CNN, those airports have more resources to conduct enhanced coronavirus screenings as well as provisions to quarantine passengers who may be affected.

Additionally, the US has imposed a 14-day travel ban on all visitors from China. US citizens arriving from Hubei, of which Wuhan is the capital, will have to undergo 14 days of mandatory quarantine upon arrival while those traveling from other parts of China will face screening.

On Monday, Hua Chunying, a spokeswoman for China’s Foreign Ministry accused the US government of acting “inappropriately.”

“Even American media and experts doubted the government’s decision, saying that the US government’s restrictions on China are precisely what the WHO rejects, that the US is turning from overconfidence to fear and overreaction, and that banning the entry of foreigners who travelled to China in the past 14 days is suspected to be violating civil rights instead of reducing risks of virus spreading.”

The US Centers for Disease Control and Prevention (CDC) has reported 11 confirmed cases of coronavirus infection, however they maintain that the immediate risk to the general public in the US is low.

Many countries have adopted restrictions to travel to China, including the UK.

The Foreign and Commonwealth Office (FCO) have advised against all travel to the Hubei Province due to the ongoing coronavirus outbreak.

“The FCO advises against all but essential travel to the rest of mainland China (not including Hong Kong and Macao).

“The British Consulates-General in Wuhan and Chongqing are currently closed. If you’re in China and able to leave, you should do so. The elderly and those with pre-existing medical conditions may be at heightened risk,” their website reads.

ByTravellers may have some anxiety about boarding a flight in the wake of the coronavirus pandemic. This is particularly due to the fear that they...
Read more
Travel

ByHowever, package operators and travel agents have hotels to fill and seats on planes to book up which means prices are low. Package holidays also...
Read more