Coronavirus POLL: Do you trust Boris Johnson to lead the UK out of lockdown? VOTE HERE 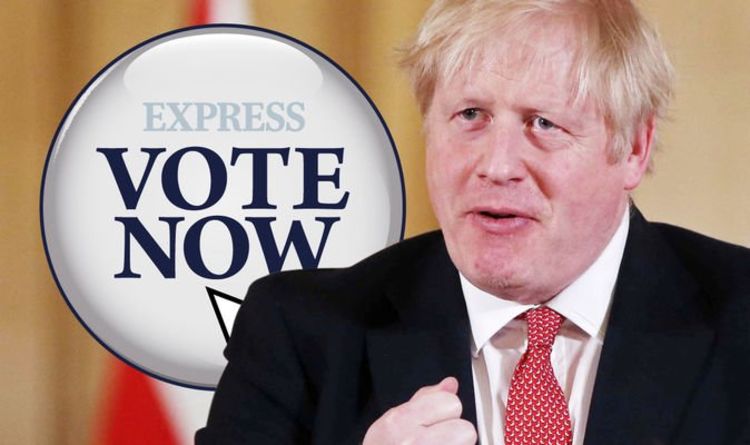 Ministers have so far been silent on when the UK will implement an exit strategy from lockdown. It has also not yet been revealed what this exit could look like, and how it will be put into place. This has drawn criticism from both sides of the Commons, with MPs lashing out against the Government’s approach.

And former Brexit secretary David Davis pointed towards the approach taken by other countries to communicate their approach to the public.

He insisted the Government work co-operatively with the British public to help them understand what measures will be taken.

Mr Davis added: “Other countries have been very open about what they’ve done.

“There’s really no reason, there’s no argument for not debating and discussing with all the facts available.”

However, there has been debate as to whether Boris Johnson can be trusted to effectively lead Britain out of the lockdown.

Whilst many have thrown their support behind the Prime Minister, criticism from within the party has created unease.

And with a bombshell Sunday Times report released today, the Prime Minister’s leadership has been openly questioned.

A senior adviser to Downing Street broke ranks to tell the newspaper: “There’s no way you’re at war if your PM isn’t there.

“And what you learn about Boris was he didn’t chair any meetings. He liked his country breaks. He didn’t work weekends. It was like working for an old-fashioned chief executive in a local authority 20 years ago.

“There was a real sense that he didn’t do urgent crisis planning. It was exactly like people feared he would be.”

However, these allegations have been strongly denied by Number 10.

And Michael Gove, Chancellor of the Duchy of Lancaster, described the claims as grotesque.

Mr Johnson is currently recovering from COVID-19 at his country manor home, Chequers.

However, he has been quick to return to work, albeit from a remote location.

The Sunday Telegraph has reported Mr Johnson had a three-hour long conversation with Dominic Raab on Friday, who has been deputising in his absence.

Mr Johnson has reportedly discussed the issue of personal protective equipment (PPE) and preventing a second wave of the disease in the UK.