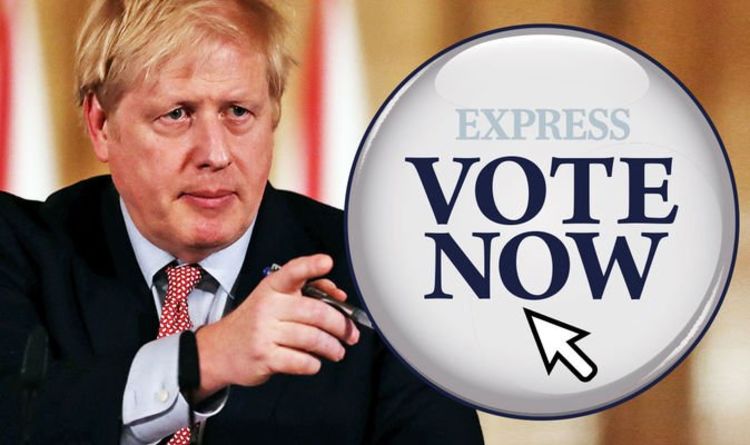 Mr Johnson chaired top-level talks with medical experts at an emergency Cobra meeting on Thursday. Afterwards, he said he was not advised to close schools to prevent coronavirus spreading further, but said this measure could be applied in the future. The situation in Ireland is not nearly as bad and yet acting Taoiseach Leo Varadkar announced today that all schools and universities would close for two weeks.

Ireland has 70 cases of the viral disease and the first death was recorded on Thursday.

France also announced on Thursday the closure of all educational institutions due to the spread of Covid-19.

Mr Johnson is facing criticism for not taking more stringent measures to combat the spread of coronavirus and was questioned by reporters about his decision this afternoon.

He defended his approach, saying the government was following scientific advice and would “do the right thing at the right time”.

Mr Johnson moved Britain’s response to the outbreak to the so-called “delay phase”, aimed at putting off the peak of the disease until the summer months, ending a phase of outright containment.

He said those showing even mild symptoms of having the virus should self-isolate for at least seven days.

In the next few weeks that advice will likely change to entire households being asked to stay at home if one person has symptoms, he added.

“And you don’t need to be a very advance mathematician to work out that the chances of keeping children not speaking to each other or playing with each other over 13-16 weeks is zero.

“And therefore you have to be very careful to make sure you take the right measures to make sure you stop this rather than things which might end up with children for example going to stay with grandparents at a time when they might be most vulnerable.

“So the idea is to do things at the right time, not to end up with measures stopping during the peak and exposing more people to illness.”

Mr Johnson said Britain was not cancelling major public events and schools would stay open for now but that advice could change as the virus spreads.

Professor Chris Whitty, England’s chief medical officer, said at some point social interaction for old and vulnerable people would need to be reduced, but not yet.

“People start off with the best of intentions but enthusiasm at a certain point starts to flag,” Prof Whitty said.

“So we do need to do it at the last point it is reasonable … to get through what will be quite difficult things to do.”

Sir Patrick added: “There are currently about 590 cases identified in the UK and there are more than 20 patients on intensive care units.

“If you calculate what that really means in terms of the total number, it is much more likely that you have somewhere between 5,000 and 10,000 people infected at the moment.”