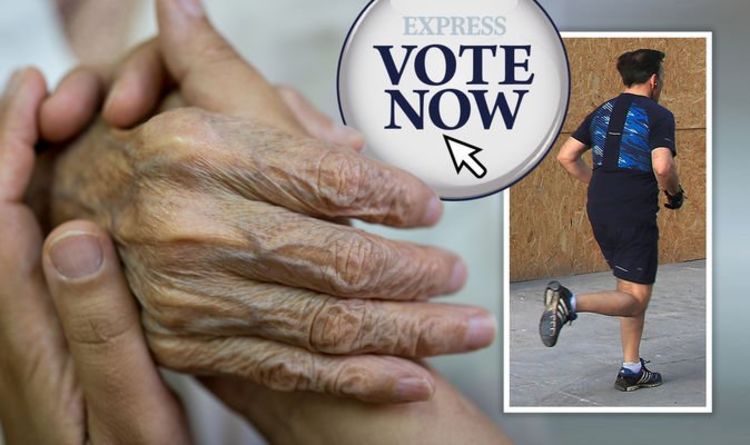 Experts have been debating whether it is wrong to prioritise younger patients with coronavirus if life-saving treatments become limited. One scientist has argued age is a “valid criterion” and should be considered when deciding who will receive scarce resources. But what do you think – should doctors prioritise treatment based on the age of a patient?

Arthur Caplan, Professor of Bioethics at NYU Grossman School of Medicine in New York, has pointed out, age has played a role in limiting access to medicine for decades – especially when resources are scarce.

Writing in the leading medical journal, the BMJ, he said some countries have limited access to intensive care services for those aged over 65, while others have restricted access to organ transplants and renal dialysis for older people.

As a result, he argued it could make sense to make use of the established criterion in a time of crisis.

He wrote: “If the goal is to save the most lives with scarce resources then age may matter if there is a diminishing chance of survival with increased age.”

He added: “Older age is often associated with an increase in chronic morbidity, which may also compromise the efficacy of scarce acute care resources, and there is evidence that older age itself can compromise the response a patient is capable of making.”

The professor pointed out that overall response to ventilators, a vital treatment in serious coronavirus cases, declines with age.

As a result, he argued age is an important factor when allocating limited life-saving treatment.

Professor Caplan said: “To the extent to which data support the risk of failure or the odds of success, age can justifiably be used to ration care if maximisation of lives saved is the overarching goal.

For example, if the cut-off period is 70, how is it fair to prioritise a patient aged 69 over another who is just several months older.

Secondly, Professor Archard rubbished the fair innings argument – that everyone should have an opportunity to lead a life of a certain duration.

This holds that a younger person should be prioritised over an older patient, to ensure they both have the opportunity to live for the same length of time.

But, the professor disputed such an argument and said: “Luck and circumstances have a big role in how long we live, and it is not clear that we can speak of the length of a life as a good that can, and should be, distributed.”