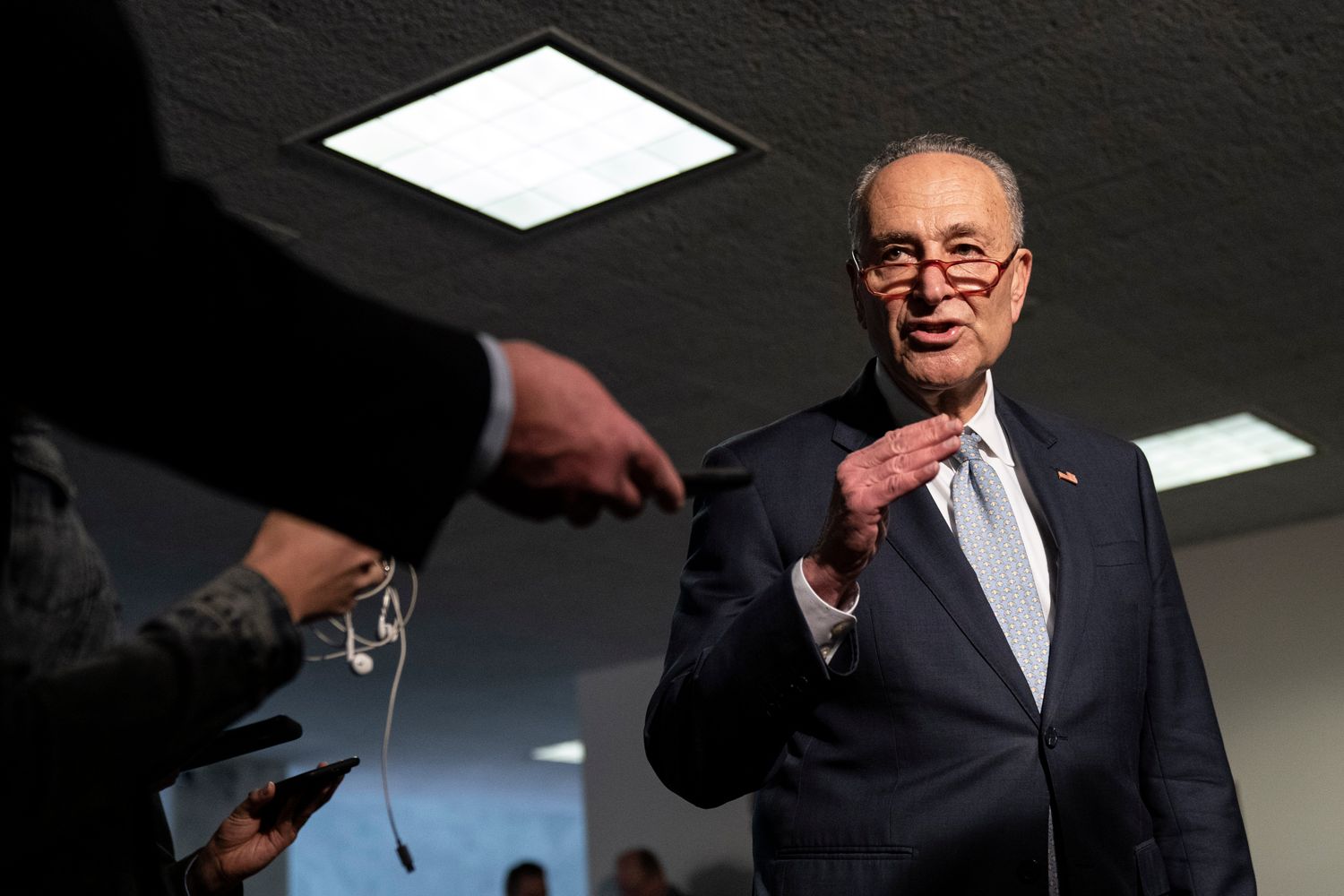 The Senate broke on Monday afternoon with no deal to replenish an empty relief fund for small businesses, though the Senate scheduled a Tuesday session in case negotiators complete a deal in the next 24 hours.

In a brief Monday session, Senate Majority Leader Mitch McConnell (R-Ky.) scolded Democrats for "prolonging their discussions" with President Donald Trump and his administration over a relief package of nearly $ 500 billion.

“It’s now been four days since the Paycheck Protection Program ran out of money. Republicans have been trying to secure more funding for this critical program for a week and a half," McConnell said. “However, since this is so urgent, I have asked that the Senate meet again tomorrow in a new session that was not previously scheduled, and the Democratic leader has agreed to my request. It is past time to get this done for the country.”

The Senate will next convene at 4 p.m. on Tuesday. McConnell told reporters he hoped there would be an agreement later on Monday: "We’re getting closer."

While Democrats and the Trump administration say they have nearly clinched a deal to provide roughly $ 300 billion in new money for the exhausted Paycheck Protection Program, there is still a fight behind the scenes on several key components. But Speaker Nancy Pelosi (D-Calif.) indicated Monday afternoon that negotiators were on the cusp of an agreement, with a deal potentially mere hours away.

The deal would also provide about $ 60 billion in loans for economic disaster aid, $ 75 billion for hospitals and $ 25 billion for coronavirus testing. The package also includes language singling out $ 60 billion of the Paycheck Protection Program’s aid for small businesses to those businesses without access to large financial institutions — a key demand from Democrats.

In a private caucus call with House Democrats Monday, Pelosi said negotiators were closing in on the few outstanding issues, with Democrats waiting for confirmation on language they had proposed related to hospitals and testing.

Democrats are also waiting to hear back on whether Republicans will agree to give states and localities more flexibility to use funds in the last rescue package to make up for lost revenue. The issue was one of the last major hangups, delaying a potential deal for more than a week as Democrats refused to relent on more aid for local governments despite unwavering Republican opposition.

Mnuchin and McConnell told GOP senators on a call with Trump on Sunday that Democrats will get none of the $ 150 billion for local governments they requested. McConnell has repeatedly made clear both privately and publicly that Mnuchin and the White House are driving the dealmaking with Democratic leaders.

Congress could clear the nearly $ 500 billion package as soon as Wednesday, House Majority Leader Steny Hoyer (D-Md.) told Democrats on the caucus call. Hoyer said if an agreement is clinched Monday, the Senate could vote Tuesday with the House following Wednesday. But if talks slip until Tuesday, House members likely wouldn’t be called back until Thursday.

But the vote likely won’t be without opposition on both sides of the aisle. House Minority Leader Kevin McCarthy (R-Calif.) has relayed to Democratic leadership that Republicans will likely demand a roll call vote.

And there’s angst among some progressives about the bill. Rep. Alexandria Ocasio-Cortez (D-N.Y.) said she will not support the deal.

"I’m not here with the luxury of time. I need legislation that is going to save people’s lives," she said on Monday. "It is insulting to think that we can pass such a small amount of money in the context of not knowing when Congress is going to reconvene…pat ourselves on the back and then leave town again."

Negotiators worked all of Monday to try to resolve the outstanding issues related to funding for hospitals and testing.

Democrats are pushing for the federal government to spearhead a national testing strategy and want the administration to determine the number of tests each state receives. But Republicans want the states to make that decision on their own.

"The conversation isn’t about the numbers, it’s about policies under those numbers," said a senior administration official.

The debate surrounding how to address testing comes as President Donald Trump and most congressional Republicans are pushing to quickly reopen the economy. The disease’s economic fallout continues to pile up, with more than 22 million Americans filing for unemployment claims in recent weeks. But members of both parties acknowledge that a testing shortage remains a serious impediment to reopening the economy.

Pelosi criticized Trump’s encouragement of shelter-in-play protests popping up across the country, telling House Democrats it is a “distraction that the president loves” from his “failure" to ramp up testing and lead the coronavirus response.

Another major question: How will the Senate and House pass any deal given they are still in recess amid the coronavirus pandemic? Any senator could demand a roll call vote and haul everyone back to Washington, though this is something leaders in both parties hope to avoid. McConnell said Monday he won’t know if the deal can be approved unanimously until there is a final product.

Meanwhile, lawmakers and aides in both parties have let the lull in action stop them from publicly sniping at each other over who is to blame.

McCarthy said on Fox News "we could have been done yesterday, but the Democrats continue to hold up" on Monday morning. But Drew Hammill, a spokesman for Pelosi said the agreement "could pass by unanimous consent in the House tomorrow but you cannot control your members who want a recorded vote. The delay will be on your end."

Many lawmakers are wary of returning to the Capitol, and there’s still heartburn over the last-minute scramble that happened in March after Rep. Thomas Massie (R-Ky.) demanded a roll call vote on the $ 1.8 trillion Phase 3 rescue package. Members on both sides of the aisle were fuming, both at Massie and at House leaders for giving them roughly 12-hour notice that they were needed in Washington.

Still, some House Republicans, frustrated over the slow pace of negotiations, have privately discussed returning to the Capitol this week in protest regardless of whether a vote is called.

Sen. Maria Cantwell (D-Wash.) also spoke on the Senate floor on Monday and urged that Congress include local newspapers and broadcast stations in its small business relief plans. The media industry has been clobbered by the economic slowdown.