Coronavirus symptoms update: Scientists reveal why one of the biggest symptoms occurs 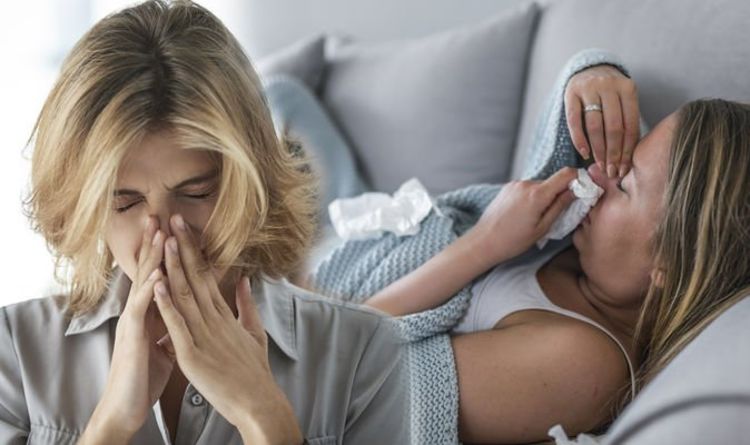 As Covid-19 continues to spread, a symptom experienced by many came to light after it was reported by a number of Covid-19 patients. The symptom was eventually listed in the official list of symptoms by the World Health Organisation at the end of May. Now scientists discover why this symptom occurs in an infection and whether it will be permanent.

On 18 May, it was announced that loss or changed sense of smell or taste were to be officially added to the NHS coronavirus symptoms list, weeks after experts first raised concerns that Covid-19 cases could be missed due to the symptom not being listed as an official warning of an infection.

In March, the British Association of Otorhinolaryngology (ENT UK) published a statement outlining the symptoms which had been found among “a number of patients” in the “absence of other symptoms”.

Professor Claire Hopkins, president of the British Rhinological Society, and Professor Nirmal Kumar, president of ENT UK, said in the joint statement there had been a sudden rise “in cases of isolated anosmia” — total or partial smell loss — in the UK, US, France and northern Italy.

Deputy chief medical officer Professor Jonathan Van Tam said the addition of a loss of smell and taste as an official symptom would mean identifying up to three percent more cases of the virus in the community.

The formal definition of the symptoms was made back in May to include whether a person has a continuous cough, fever or anosmia – the loss of smell which can also mean loss of taste.

Carl Philpott, Professor of Rhinology and Olfactology at Norwich Medical School, had spoken about the long wait to add the symptom to the official list, and said: “The announcement that the chief medical officers have now recognised smell and taste disturbances is extremely welcome, albeit much later than other European counterparts and at least two weeks after the WHO added it to their list.”

Why loss of smell and taste occur

In the joint statement released by Professor Hopkins and Professor Kumar online, it explained there are a “significant” number of coronavirus patients in South Korea, China and Italy who have developed anosmia and hyposmia (reduced ability to smell and detect odours).

The release outlined that post-viral anosmia is “one of the leading causes of loss of sense of smell in adults”, accounting for approximately 40 percent of cases.

“Viruses that give rise to the common cold are well known to cause post-infectious loss, and over 200 different viruses are known to cause upper respiratory tract infections,” the professors said.

“Previously described coronaviruses are thought to account for 10 to 15 percent of cases. It is therefore perhaps no surprise that the novel Covid-19 virus would also cause anosmia in infected patients.”

Researchers at Harvard Medical School identified which cell types used for smelling are the most vulnerable to a Covid-19 infection.

The researchers were surprised to discover sensory neurons, which detect and transmit the sense of smell to the brain, are not vulnerable to the disease.

The study found that it in fact attacks the cells supporting the olfactory sensory neurons.

Associate Professor of Neurobiology at Harvard Medical School and co-author of the study, Dr Sandeep Robert Datta, said this was a positive finding because it suggests most cases of COVID-19 are unlikely to cause a permanent loss of smell.

Many people may have diabetes without even knowing it, because the signs and symptoms don’t necessarily make you feel unwell. Common diabetes symptoms include having...
Read more