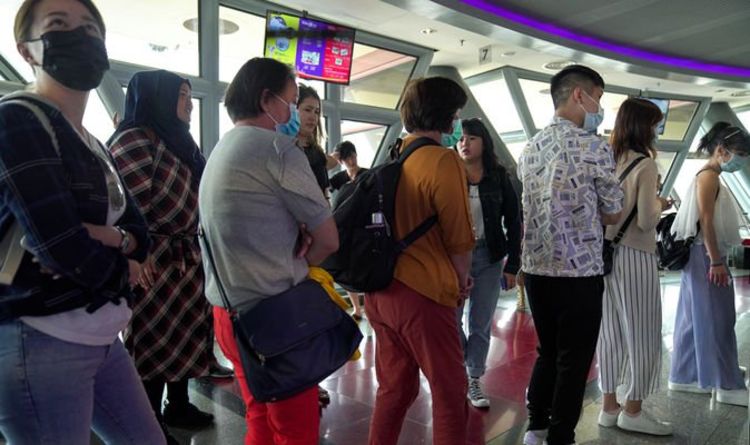 A death tally published by Chinese web giant Tencent has sparked a huge online debate over the true number of coronavirus victims after the website briefly displayed a death toll in the thousands. Many fear the true number of victims of the deadly coronavirus could be much higher than official statistics show. On Saturday evening Tencent posted on its virus tracker website that the confirmed number of cases, suspected cases, and deaths were far higher than the official tally. However, the statistics were quickly deleted from the site and were updated just minutes later to reflect official government numbers.

Taiwan News recently reported that Tencent’s virus tracker website that the confirmed number of cases was registered at 154,023 – more than 10 times higher than the official figure at the time.

According to the publication, the number of suspected cases was almost 80,000.

This comes in at around four times the official government figure.

However, the most shocking find was the alarming increase of the death toll posted on the site.

The publication added: “Most ominously, the death toll listed was 24,589.

“Vastly higher than the 300 officially listed that day.”

However, web users noted this wasn’t the first time such a mistake had been made by the tech giant.

In fact, users noted this was the third time such a correction had been made.

Those who saw the figures were quick to share their fears online.

One twitter user speculated: “Coronavirus is man made for population control and they’re not telling us the correct fatality figures, you heard it.”

A second posted a screenshot of the spiked figures before being amended on the site.

They captioned the image: “This seems to be the real figures in the case of the #Wuhan”

Another added: “Did China’s Tencent Accidentally Leak The True Terrifying Coronavirus Statistics? Would anyone be surprised that a Socialist regime is covering this up and massaging the figures?”

This comes as a doctor in Wuhan revealed he was silenced by police in China when he tried to notify friends about the coronavirus.

Doctor Li Wenliang has since contracted the coronavirus and is now fighting for his life in isolation in quarantine.

The Doctor at Wuhan Central Hospital sent a text to his friends in late December to warn them of an outbreak of a “SARS-like” coronavirus.

Facebook
Twitter
Pinterest
WhatsApp
Linkedin
ReddIt
Email
Tumblr
VK
Previous articleFreddie Mercury: HEARTBREAKING way Queen star broke news he was going to die to his family
Next articleFlights: Here’s how you can save £100 on Ryanair flights