Coronavirus test: Dr Hilary says the LAMP test could be 'a game-changer' – what is it? 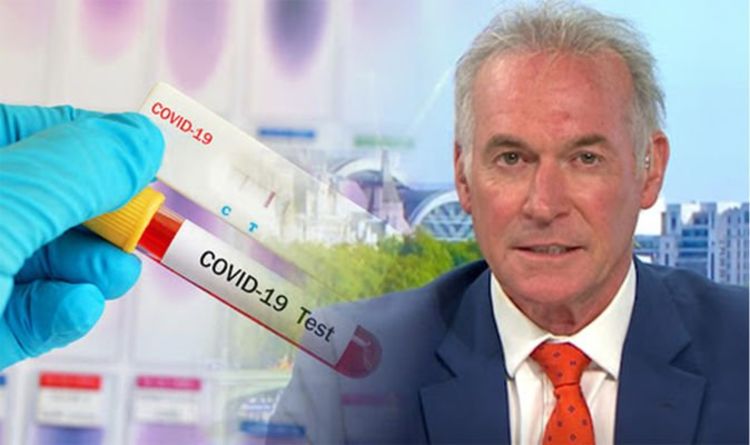 Appearing on Good Morning Britain on Friday May 22, Dr Hilary announced the new test could be a “game-changer”.

He continued: “We think it’s going to be very accurate. It will tell people whether they haven’t got the virus and can carry on working and seeing patients.

“And whether they have, in which case they’ll need to self-iosolate, but they’ll be able to tell those people very quickly – it’s going to be a really important trial.”

Unlike the PCR (polymerase chain reaction) tests, which need to be processed at different temperatures, the LAMP test doesn’t require a change in temperature to detect results.

This means there’s no need for a thermal cycler – and the LAMP test results can be processed on site instead of being sent to a laboratory.

Following a successful clinical trial, should the LAMP test prove effective during this pilot it will be rolled out nationally.

High cholesterol: Two best supplements which have been proven to lower levels

High cholesterol levels are troublesome as it means there is too much 'bad' cholesterol floating in the blood, which can result in serious complications. The condition does...
Read more
Health

Coronavirus vs flu: Will the flu make coronavirus MORE deadly?

Coronavirus was initially underestimated as a threat when the first few pockets of infection emerged in China last year. Many international governments did not...
Read more
Health

Type 2 diabetes symptoms: Have you noticed this happening to your thighs? Major sign

This is because one of insulin's most important roles is to regulate blood sugar. Blood sugar is the main sugar found in blood - it...
Read more
Health

Vitamin B12 deficiency: How often do you use the toilet? Number of trips could be serious

But, just because you're feeling constipated, or pass fewer stools than you're used to, it doesn't necessarily mean that you have a vitamin B12...
Read more
Health

Best supplements for men: Take this to lower risk of cancer, heart disease and Alzheimer's

Getting older brings many benefits, such as wisdom and cultivating meaningful relationships. These advantages are usually crowded out by fears of mental and physical...
Read more
Health

Bowel cancer symptoms: How large are your stools? The poo size that could be a sign

Bowel cancer is one of the most common cancers to be diagnosed in the UK. You should consider speaking to a doctor if you...
Read more