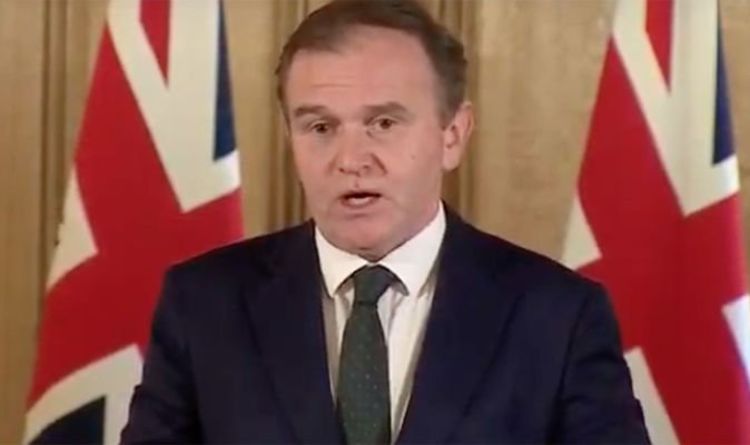 A leading medical expert has revealed a mysterious set of new coronavirus symptoms. One of the country’s leading Ear, Nose and Throat consultants, Professor Nirmal Kumar, said patients who do not have a fever or a cough could show a loss of smell or taste as symptoms after contracting coronavirus.  The revelation was put to environment secretary George Eustice and NHS England’s national medical director, Stephen Powis at today’s daily Downing Street briefing.

Sky News’ Jon Craig said: “A leading ENT expert, Professor Kumar, has revealed new symptoms for the COVID019, which include a loss of smell or taste.

“Two of his senior colleagues have developed these symptoms and are suffering from. Are you aware of this? What action are you taking to protect medics from these symptoms?”

Professor Powis responded by insisting people should look out for “the most common symptoms” – a raised temperature or fever and a persistant dry cough.

He downplayed the new symptoms, saying: “Like many viruses that give infections of the upper respiratory tract, there are a range of symptoms.

“The two most common are cough and a fever, and that is what we asking people to isolate if they get them.”

JUST IN: British pensioners in lockdown show Blitz spirit – ‘Corona can do one’

Current Public Health England guidelines says that a high temperature or new continuous cough are the only symptoms to trigger self-isolation and stop the spread of COVID-19.

Professor Kumar told Sky News earlier today: “In young patients, they do not have any significant symptoms such as the cough and fever, but they may have just the loss of sense of smell and taste, which suggests that these viruses are lodging in the nose.”

Dr Natalie McDermott, clinical lecturer at King’s College London said infections that normally occur through the “nose or the back of the throat” often lead to loss in sense of smell and taste.

However, she cautioned that research around the new symptoms for COVID-19 isn’t yet widespread in the medical community.

They say the ENT specialists “most likely” contracted COVID-19 in the course of their daily clinical work from people who did not show any symptoms.

Later in the press conference, Mr Eustice urged people to be responsible and not to panic-buy.

Asked if he can rule out state-backed rationing, Mr Eustice says all of the major retailers are working together and exercising their own judgement when it comes to placing item-limits on the number that can be purchased by shoppers.

Professor Powis pleaded, on behalf of his health service colleagues, that people shop responsibly so that they can buy essentials after they finish work.