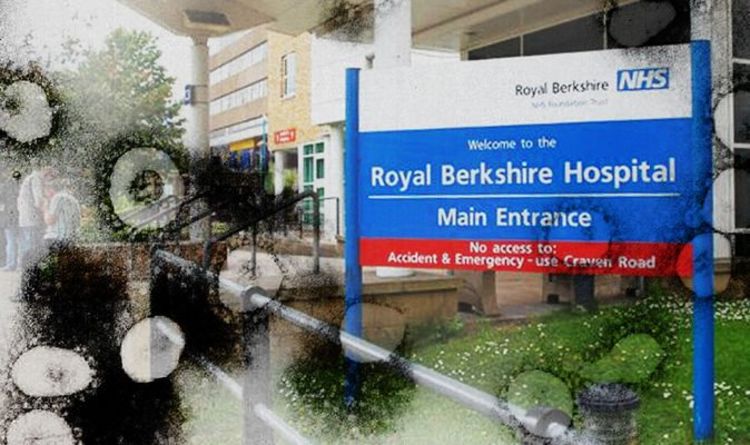 “The family has been informed and our thoughts are with them at this difficult time.

“We will not be commenting further and ask that everybody respects the family’s privacy.”

Professor Chris Whitty, the Chief Medical Officer for England, has said he is “very sorry” to hear of the death and offered his “sincere condolences” to the family.

Professor Whitty said he believed the patient contracted the virus in the UK and is working to trace who they had been in contact with.

The Chief Medical Adviser to the Government said: “I am very sorry to report a patient in England who tested positive for Covid-19 has sadly died.

“I offer my sincere condolences to their family and friends and ask that their request for privacy is respected.

“The patient, who was being treated at the Royal Berkshire Hospital, was an older patient who had underlying health conditions.

“We believe they contracted the virus in the UK and contact tracing is already underway.”

Boris Johnson has also offered his sympathies to the family of the victim.

The Prime Minister said: “Our sympathies are very much with the victim and their family.

“But the situation is pretty much as it has been in the sense that we are still in the contain phase, though now our scientists and medical advisers are making preparations for the delay phase.”

Health Secretary Matt Hancock said: “My sincere condolences to their family and loved ones.

“We will work tirelessly to protect the public from this disease.”

Last week, the Foreign Office confirmed a British tourist who had been on board the Diamond Princess cruise ship, which was quarantined in Japan, had died from the virus.

Earlier today the Department of Health and Social Care has confirmed the number of cases of coronavirus in the UK has reached 116.

The number of cases has risen by almost a third since Wednesday when there was 85 people who had tested positive for Covid-19.

Of those who have tested positive for the virus, 105 are in England, two in Wales, six in Scotland and three in Northern Ireland.

The south west has 15, the east of England eight, the Midlands nine and the north east and Yorkshire each having 10 cases.

Four other cases are still to be determined.

Professor Whitty said the “direction of travel” was from the containment phase to the delay phase but the “step change” had not been made yet.

He said: “The reason why delay is so important to us is that it pushes the disease further into – if we do get an epidemic, which we think is more likely than not now – we will push it out from the winter pressure period.”

He added: “We have moved to a situation where people have very minimal symptoms and we think they are clinically safe and they are able to self-isolate.

“We think it is actually safer for them as well as more pleasant if they can self-isolate in their own homes.

“Anybody who needs hospitalisation will be hospitalised.”