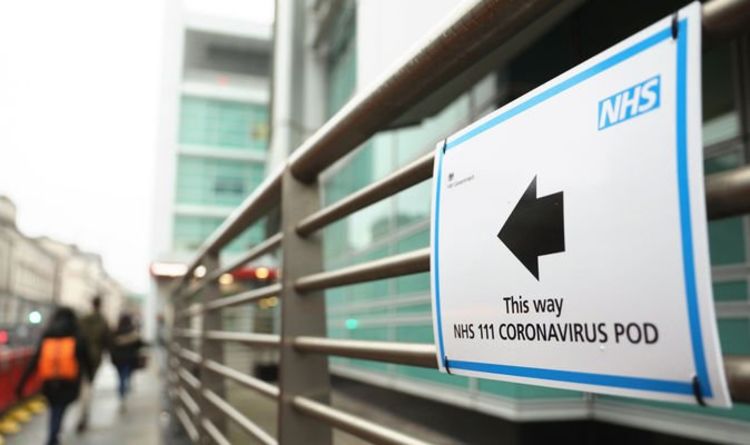 Analysis from the Sunday Times shows 28 out of 131 hospital trusts with ICUs reported maximum capacity on January 15 – days before the coronavirus outbreak began. Homerton foundation in Hackney, east London had a huge 99.6 percent occupancy rate and in a three month period between December 2 and March 1. Northampton General, Weston Area, King’s College Hospital, Walsall and Lancashire Teaching Hospitals a;; saw their capacity surge beyond 99 percent across their wards during the winter.

Health professionals have warned the rapid spread of coronavirus infections could lead to a “logjam” in hospitals as ICU units become fu to capacity, which could leader to seriously ill patients being placed on wards that may not be equipped as well.

A doctor who treated patients for swine flu outbreak in 2009 told The Sunday Times, “I expect ICUs to get full, so seriously ill patients will go to the high-dependency units, so acute wards then become full of sicker patients, and there’ll be more patients in corridors.

“We could get ambulances queuing up outside.”

John Oxford, emeritus professor of virology at the University of London, told Radio 4’s OM on Saturday: “The main worry is the 10 percent to 15 percent of people who are not going to die but are going to get seriously ill and need the intensive care units.

“They are going to block up — quite rightly — the intensive care section of the hospital, so the hospital will grind to a halt.”

Figures from the Kings Fund medical think tank gave shows hospital beds in England has halved over the past 30 years.

Data from the OCED has also revealed the UK has the third-lowest number of beds for its population in Europe at just 2.5 per 1,000 residents.

The government revealed its battle plan to tackle the rapid spread of coronavirus last week, and is aiming to delay the outbreak’s peak until late spring or summer, when demand for medical services is at its lowest.

The health service also insisted the number of critical-care beds had risen since 2010.

The latest figures comes as the the Department of Health revealed on Sunday the number of people that have tested positive for coronavirus has surged to 273.

This is an increase of 67 from the 206 cases confirmed at 7am on Saturday, and represents the largest day-on-day increase in diagnoses.

More than 23,500 people have been tested for coronavirus in the UK, with two patients dying.

Supermarkets have started placing restrictions on items including pasta, anti-bacterial wipes and hand soap in a bid to prevent shoppers from stockpiling.

Prime Minister Boris Johnson said: “We’ve had no advice from the scientific advisers or medical officers that there’s any need for people to buy stuff in.

“If you think you have symptoms, the best thing to do as you know is to stay at home and contact the NHS.