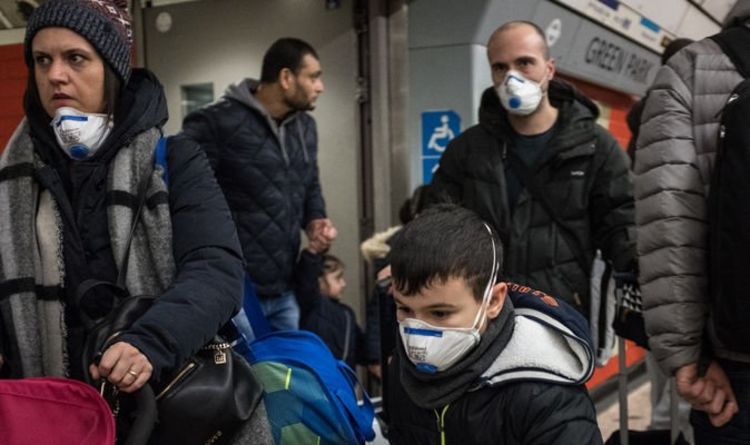 Professor Neil Ferguson, who is leading the UK’s fight against the deadly sickness, described coronavirus as “the one I’m scared of”. The scientist, of the School of Public Health at Imperial College London, said the virus, down as Covid-19 , could “potentially” infect 60 percent of the UK’s population. He described the shocking predictions made by experts as “not absurd”.

While he insisted that he was not predicting 400,000 deaths, he said such a figure “is possible”.

Prof Ferguson told Channel 4 News: “Given what we know a lot about how these sorts of viruses are spread, we have lots of data from past epidemics, from influenza.

“Given how transmissible this virus appears to be and that fact that at least all adults can be infected, we have much less data in children, then 60 per cent is a reasonable figure for epidemic size within the first 12 months or so.

“What we don’t know at the moment is if everybody infected, what proportion might die and what are the risk groups.”

He said researchers believe one per cent of those who catch the virus would die from it.

He added: “I would emphasise that at the moment, putting numbers like 400,000 isn’t necessarily helpful because we have so little information.

“It’s not an absurd number.

“I would much prefer to be accused of overreacting than under-reacting, let’s put it that way.”

READ MORE: Coronavirus: Should you wear a face mask?

On Wednesday evening, the UK’s ninth case of coronavirus was confirmed in London.

The unnamed woman, who is being treated at a specialist NHS centre at Guy’s and St Thomas’, contracted the virus in China.

Reports suggest she flew into Heathrow Airport and self-isolated once she developed symptoms.

Meanwhile, the number of deaths from coronavirus in China jumped to more than 1,500.

On Friday to total number of those infected was put at 66,492.