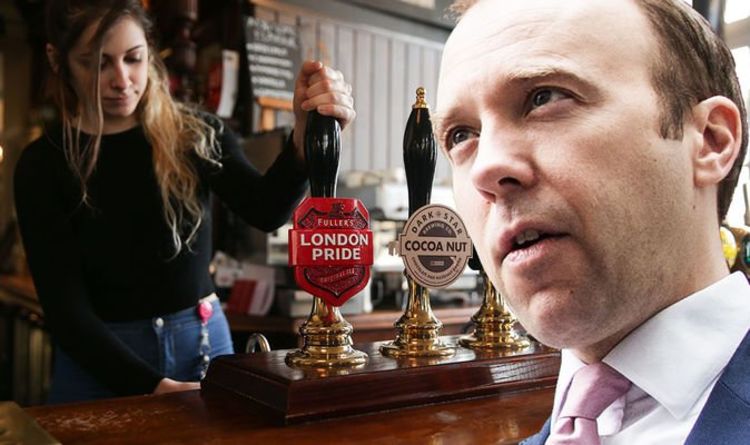 Matt Hancock appeared on the BBC’s Andrew Marr Show this morning to discuss the Government’s approach to tackling the coronavirus pandemic. During the interview, he said Boris Johnson was committed to being “transparent” and revealed the UK could follow the same approach adopted by Italy, France and Spain in closing restaurants, pubs and non-essential shops across the country. It comes after Irish Prime Minister Leo Varadkar announced all pubs and bars in the Republic of Ireland were to shut from midnight tonight.

When asked if the UK could adopt a European-style lockdown, Mr Hancock said: “We haven’t ruled that out.

The Health Secretary said Britain has not been tested like this “since the Blitz” and confirmed the UK is set to impose a series of so-called “wartime” measures in a bid to combat the outbreak.

One measure, leaked by ITV last night, includes plans to isolate people over 70 at home or in care homes for up to four months.

Other emergency measures planned by the Government include the forced requisitioning of hotels, private hospitals and other buildings as temporary hospitals.

Boris Johnson has faced mounting pressure to do more to tackle the epidemic after the UK death toll rose to 35 on Sunday.

He announced people are banned from leaving home except for buying essential supplies and medicines, or for work.

The two countries follow in the footsteps of Italy, which has used similar measures to curb the spread of coronavirus.