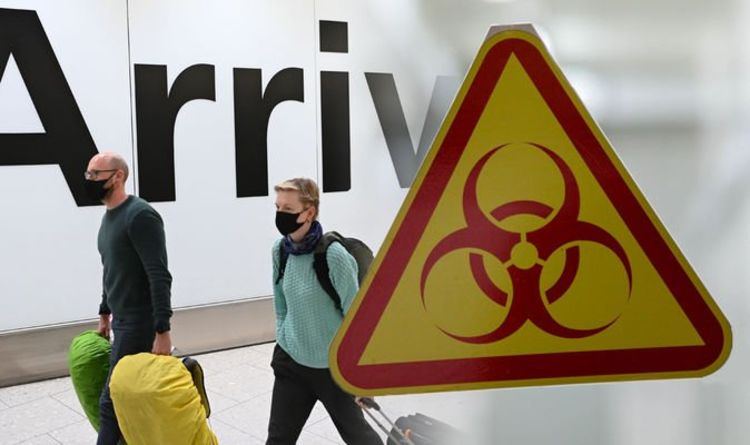 As coronavirus continues its spread around the globe, travel restrictions, lockdowns and warnings have been issued for those in China. Britons in the coronavirus-hit Chinese province of Hubei could be flown home as early as Thursday.

The Foreign Office has yet to confirm details, but a teacher in Wuhan city told the PA UK citizens were being given details of forthcoming flights.

Those stuck in the city of Wuhan and surrounding areas have been urged to contact the British consulate before 11am on Wednesday if they wish to leave.

The British embassy in Beijing has said transport to get UK citizens out “may happen quickly and with short notice”.

Meanwhile, the FCO updated its travel advice to urge UK citizens to avoid the country, adding it may become more difficult for British nationals in other provinces to leave.

Elsewhere, the United States said it was expanding screening of arrivals from China from five to 20 airports and would consider imposing further travel curbs.

US Health Secretary Alex Azar said: “All options for dealing with infectious disease spread have to be on the table, including travel restrictions.”

The virus has now spread to Germany, where a 33-year-old man became the first person to have contracted the virus reportedly after a training session with a Chinese colleague.

Now three more people in southern Germany have contracted the coronavirus and they are employees at the same company as the first case.

The three additional patients were being monitored in isolation at a clinic in Munich.

Bavaria’s Health Minister Melanie Huml said in a statement: “A total of around 40 employees at the company have been identified as potential close contacts (with their Chinese colleague).

“As a precaution, the people concerned are to be tested on Wednesday.”

While the vast majority of the 4,500 or so confirmed cases and all 106 deaths so far have been in China, cases in Germany, Vietnam, Taiwan and Japan where the virus has spread person-to-person have heightened concerns.

Lawrence Gostin, university professor at Georgetown Law in Washington, DC, said: “As information is coming in, it seems to be confirming our worst fears.

The WHO has declared five global emergencies in the past decade, including the ongoing Ebola epidemic in the Democratic Republic of Congo.

Doing so can hurt host countries because it may lead to flight cancellations and travel or trade restrictions, dragging on the economy.