Coronavirus UK: Will rinsing your nose with salt water help... 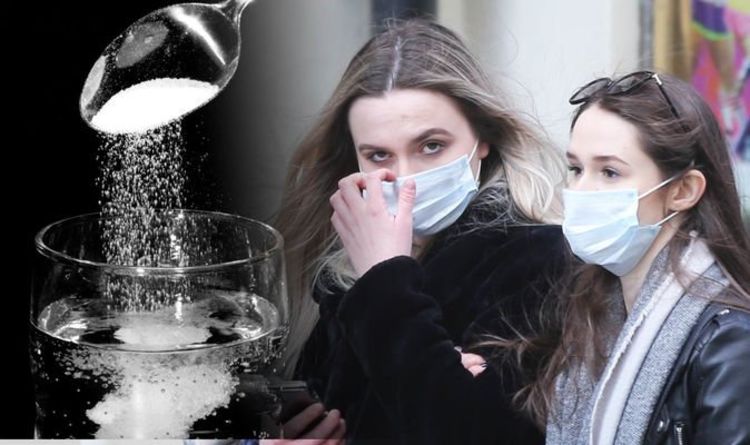 The number of cases of coronavirus in the UK jumped to 163 on Friday.

The number increased by 48 cases since Thursday, representing the biggest increase in one day.

The second death was an elderly man who died at Milton Keynes Hospital.

The man, believed to be in his 80s, had underlying health issues, but more tests for the virus are ongoing.

The first death in the UK was reported on Thursday, after a woman in her 70s who had underlying health problems died in a hospital in Reading.

This means three Britons have died since the outbreak in December, the last death being a British man who died last month on the Diamond Princess cruise ship off the coast of Japan.

However, saltwater rinses have not been shown to prevent respiratory infections in the past.

The NHS said: “There is no evidence that regularly rinsing the nose with salt water protects you from coronavirus”.

This “cure” was shared widely across social media.

However, it was debunked by other experts.

Other myths about coronavirus: