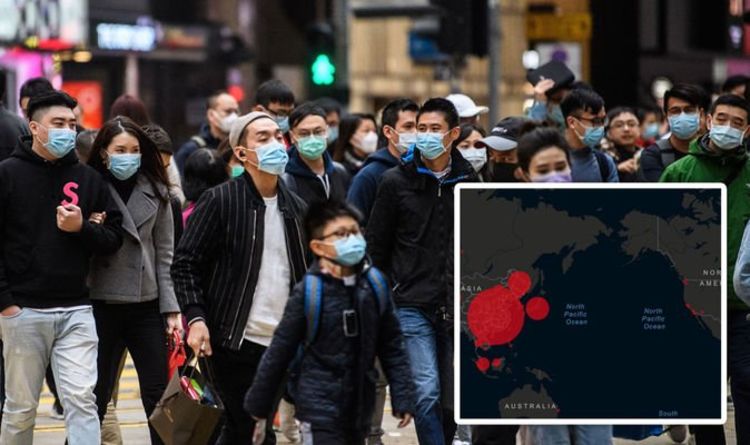 Two people have died in Hong Kong, while one person has died in Japan, Taiwan, France and the Philippines respectively.

A US citizen has also died in China.

Near Japan, hundreds of passengers who tested negative for the virus are beginning to be released from quarantine on board a cruise ship.

The Diamond Princess was stationed in the port of Yokohama, and at least 542 passengers have been infected with the virus.