Coronavirus update: US military prepare for pandemic as first London... 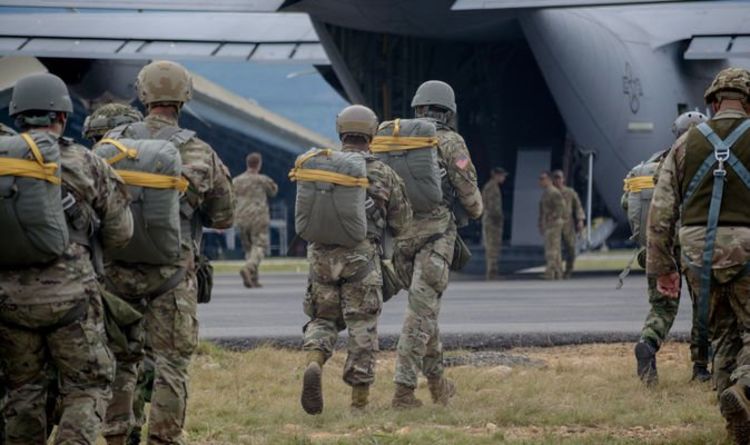 America’s military personnel are currently being briefed on how to deal with the coronavirus in the case of a pandemic. In a recent report by Military Times, both the Navy and Marine Corps issued messages earlier in the week implementing commanders to prepare for widespread outbreaks.

The messages issued by the Navy and Marine Corps is reported to have said service members who have recently travelled to China should be isolated and the military should be looking out for signs of disease spreading in the communities they serve.

The Marine Corps message advises civilian employees and contractors, as well as any family members returning from China to remain at home, limiting close contact with people and animals, self-monitoring and seeking medical care if symptoms develop.

The report claims the Navy has included visits to Hong Kong and Macau as part of its directive and has given commanders the power to decide whether they need to confine a service member who has had close contact with a person who has traveled to the region.

According to the service messages, military commanders have been asked to quarantine any service member who has been to China since Feb 2.

If they live in an open barracks or share a bathroom with others, they must be restricted to temporary lodging facility for 14 days.

The report reads that restricted service members will be assessed daily for fever by medical personnel by phone or in person and wear protective gear if they personally conduct the medical checks.

Should they display symptoms, they must seek medical attention, but call their military treatment facility first to inform them of their travel.

According to Military Times, U.S. Northern Command said it was directed to commence “prudent planning” in synchronising the department’s plans for pandemic flu and disease.

JUST IN: Royal Family on the brink: Meghan and Harry may create ‘domino effect’

The Number of Coronavirus cases in the US remains at 13.

In a statement to Military Times, Northern Command said: “We coordinate with other combatant commands to assess potential impacts in the event of a pandemic and we ensure the U.S. military is poised to respond as required,”

“The military profession fosters a culture of planning, and the fact that we are coordinating planning efforts across the geographical combatant commands is consistent with how we prepare to respond, if directed.”

The news comes after Britain’s ninth case of the coronavirus was confirmed in London.

A Government source told The Sun that a Chinese national is thought to have tested positive for the deadly virus on yesterday afternoon in London.

The diagnosis was made this afternoon and comes as approximately 1,758 people have been tested for the virus in the UK.

While a new case has been reported, UK national Steve Walsh has now recovered and has been declared as having “no risk to the public”.

It is thought Mr Walsh, 53, from Hove is linked to 11 other people who have also contracted the disease.