Coronavirus vaccine: Can you REFUSE to get COVID-19 vaccine? What... 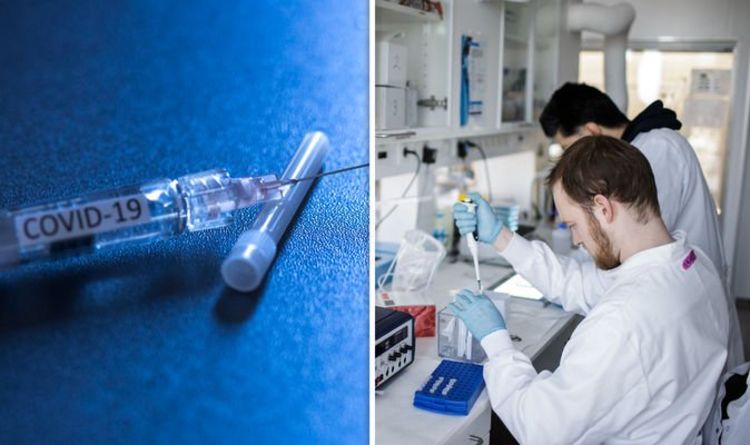 Hundreds of coronavirus vaccines are in development across the world right now, including in the UK.

While a vaccination is not expected until late this year at the very earliest, some are already refusing to partake.

A survey of 2,065 Brits was carried out by ORB International, which works with the London School of Hygiene and Tropical Medicine.

The survey revealed how strongly respondents agree with the following statement: “I would not want to be vaccinated against the coronavirus if a high-quality vaccine were available.”

The result is particularly worrying given that scientists say that between 70 and 90 percent of the population will have to get the new vaccine for it to be effective in stopping the spread of COVID-19.

The disease has now killed more than half a million people worldwide.

Professor Paul Hunter, a professor of medicine at the University of East Anglia, called the findings “incredibly selfish.”

Speaking to the Daily Mail, he said: “The figures suggesting many people might refuse a vaccine are depressing, and actually incredibly selfish.

“If we get an effective vaccine, and almost everyone takes it up, overnight all the restrictions can stop and life will return to normal like it was before March, with no social distancing or restrictions.

“There is a great deal of misinformation on the internet, and the risks of vaccines have been maliciously overestimated.”

Anti-vaccine sentiment has grown in recent years, resulting in a number of easily eradicable diseases making a comeback.

In recent years, increasing numbers of parents not getting their children vaccinated has led to major measles outbreaks around the world, including in countries like the UK where the disease was previously eliminated.

The WHO has already warned about a parallel “infodemic” alongside the pandemic, and new research from the Center for Countering Digital Hate found that anti-vaccine social media pages and advocates have added 7.7 million more followers in the United Kingdom and United States since the outbreak of coronavirus.

DON’T MISS
Coronavirus risk: The 37 activities which could put YOU at risk – [INSIGHT]
How to make a 3-layer face mask at home – [EXPLAINER]
How long does coronavirus live on clothes? – [ANALYSIS]

There are some common reasons that lead to vaccine opposition.

Some cite religious beliefs as the reason behind their refusal to get vaccinated, though most mainstream religions do not condemn vaccines.

There was a belief that diseases were disappearing due to better sanitation and hygiene, not vaccines.

This has been proven false by the resurgence of previously eradicated infectious diseases.

It was also believed that a vaccine wouldn’t protect you, when the truth is that those who are vaccinated can still get sick, but they will experience mild symptoms.

Can I refuse to get a coronavirus vaccine?

Vaccines are not mandatory in the UK, so you can simply not sign up yourself or your child for a vaccine.

However, it’s important to remember that vaccines will protect you and your children for many years against a range of serious illnesses.

Without vaccination you and/o your child is at greater risk of getting these illnesses.