Coronavirus warning: 80% of UK could get COVID-19 even by working from home- ‘cannot hide' 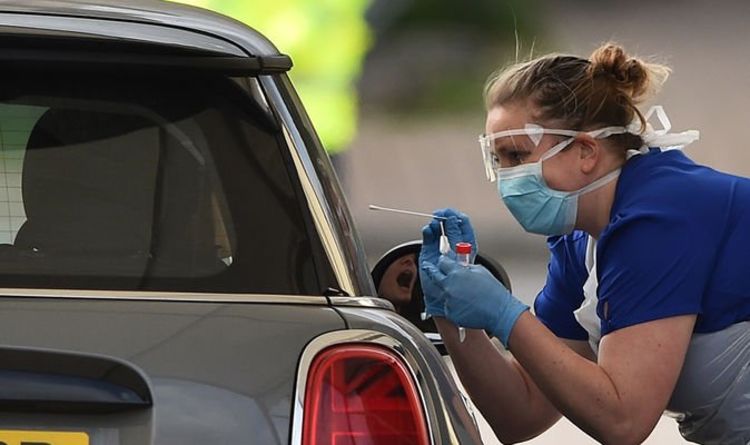 Rupert Shute, the deputy scientific adviser at the Home Office, said that despite lockdown measures, the majority of the country is at risk of getting the disease, and urged passport officials to return to work. He maintained that the country needs to “keep functioning” during these unprecedented times.

The latest revelations from the adviser come as other officials have discussed “herd immunity” this week.

Originally Boris Johnson continued to keep the country running, while other nations locked down.

It was claimed that the UK government thought the best way to easy the long term consequences of the pandemic was to allow the virus to spread naturally in order to build the nations herd immunity.

However after high death figures came out of Italy, it was realised that if those numbers were repeated in the UK, the NHS would struggle to cope.

Still, some MP’s are calling for the current lockdown restrictions to be lifted, as the World Health Organisation has warned of a deep economic recession.

Dominic Raab, who has stepped in for Boris Johnson to lead the country, has said that it is “too early” to say when the measures will be waived.

He did mention that by next week scientists and ministers would hopefully have enough evidence to asses how long the lockdown would be in place for.

In previous Government briefings, it has been warned that up to 80 percent of the population will test positive for COVID-19.

An official spokesperson for the Prime Minister dismissed Mr Shute’s comments, by saying: “The Government’s view is on stopping the spread of the disease to save lives.”

The Public and Commercial Services Union has said that members should work from home unless it is necessary they be on site.

Mark Serwotka, the union’s general secretary, stated: “The union is clear that members should be working from home unless they are undertaking critical work.

“Processing routine passport applications is in no way critical work.

“What Rupert Shute has told staff, suggesting going to work ‘as normal is not putting you in harm’s way, any more so than staying at home’ and that 80 per cent of people will contract COVID-19, is a return to the discredited herd immunity strategy which the government rejects.

“We believe the position must be everyone should be at home unless it is critical work.

“The Passport Office announcement flies in the face of that and is business-driven with scant regard for our members’ safety.”

The Scottish First Minister made the admission in a Scottish Government coronavirus briefing. It followed hundreds of enrage pupils attending a demonstration in Glasgow’s...
Read more
U.K.

Officials in Preston have urged residents in the Lancashire city to avoid having visitors in their homes, though no official rules have yet been...
Read more
U.K.

Known as the Auxiliary Units, or “Churchill’s secret army,” the force was a team of volunteers similar to Britain's Home Guard, charged with defending...
Read more
U.K.

Next week The Health Lottery is giving away £400,000 in jackpots alone, plus thousands of other prizes - the most in a single week...
Read more
U.K.

The Republican leader said the vaccine would be in circulation before voters head to the polls on November 3 when he will face off with...
Read more

OPINION: We Are Africans. Here's Our View Of Beyoncé's 'Black Is King'

Audrey McGraw is all grown up! Mom Faith Hill was so proud as her youngest daughter — who turned 18 in December — voted...
Read more