Coronavirus warning: Britons who refuse to self-isolate could be put BEHIND BARS 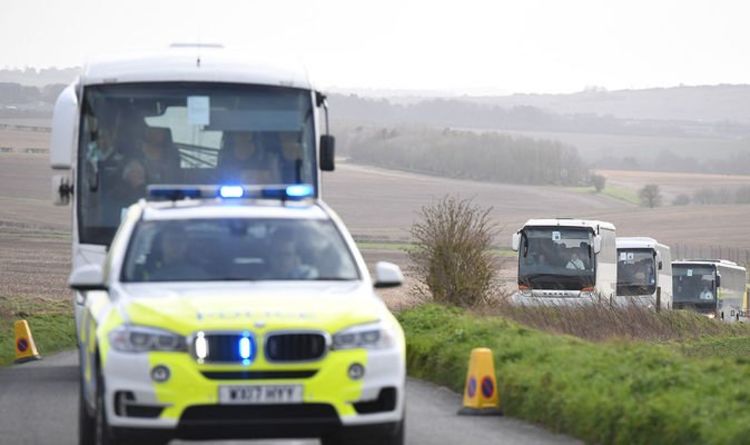 The Telegraph reported that anyone who declines to be tested for the COVID-19 virus could be coerced to by police. It is expected that the emergency powers will be announced next week and will give reasonable force to police for testing powers.

Those suspected of infection could be held in a hospital for up to 14 days in a secure hospital, according to The Health Protection (coronavirus) Regulations 2020.

Those who try to evade being isolated could be taken into detention or returned to isolation.

The regulations state that failure to comply will be a criminal offence, that carries a £1000 fine.

Anyone who refuses to pay could be imprisoned.

In the new regulations, anyone who is suspected of being infected, will have to provide a throat and nose swab, or give a blood sample.

Those in question must also provide a comprehensive list of where they have recently travelled to.

It comes as the three states suffering the worst of the coronavirus pandemic in Europe have recorded their highest death tolls for a single day on Sunday.

Paul Hunter, a professor of medicine at the University of East Anglia, and expert in epidemiology said: “For the public to hear that it could last for 12 months, people are going to be really upset about that and pretty worried about that’

“A year is entirely plausible. But that figure isn’t well appreciated or understood.”

The document also predicted that 500,000 of the 5 million people who are deemed vital because they work in services such as the NHS will be sick at any one time during month long epidemic peak.

Health Secretary Matt Hancock this morning said that the elderly may have to self isolate for up to four months.

It comes after a bereaved wife paid tribute to her ‘life partner and soul mate’ husband who has become the youngest coronavirus patient in Britain to die today aged 59.

Father-of-two Nick Matthews is believed to be the youngest coronavirus victim in Britain so far.

Mr Mathews who had underlying health conditions died in Bristol Royal Infirmary in the early hours of yesterday morning.

In a statement, University Hospitals Bristol Foundation Trust said: “Sadly, we can confirm that a man who was being cared for at the Bristol Royal Infirmary and had tested positive for Covid-19, has died.