Coronavirus warning: Expert warns Commons could be on LOCKDOWN as... 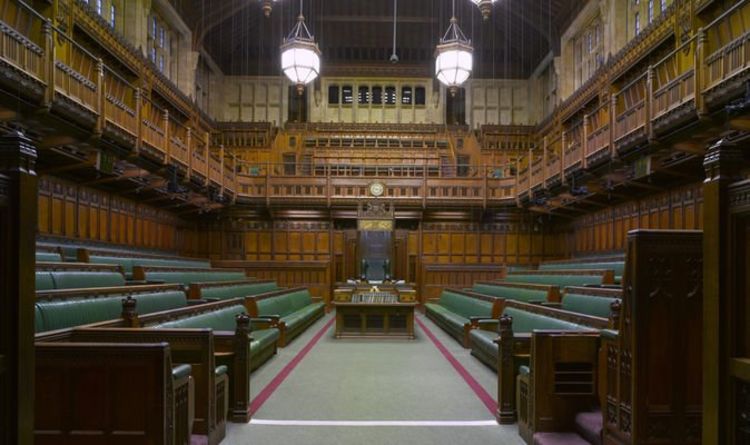 Political Editor at the BBC Nicholas Watt revealed on the news and current affairs programme on Wednesday night that Parliament “would only sit for emergency business” if it reaches pandemic levels. Mr Watt was speaking to Emily Maitlis who asked what the latest from the Government was on the virus.

He said: “The Government has been very clear that it is going to have four stages in its response to this virus.

“The first one is ‘contain’, the next stage would be ‘delay’, the stage after that is ‘research’ and if it really takes hold then it would be ‘mitigate its impact’.

“There is a strong feeling expectation among Minsters that we will be going imminently to the next stage – that’s from ‘contain’ to ‘delay’.

“And interestingly there was a toughening of the language today by the Chief Medical Officer Professor Chris Whitty who is in charge of this decision making.

“What does it mean if we go to delay? According to the Government’s report, that means that they have decided widespread exposure in the UK is inevitable but slowing it down would be beneficial because obviously you would be into the summer when the NHS is less busy.

“What would they do? Amongst the measures that they would consider taking is what is known as ‘population distancing strategies’.

Ms Maitlis then asked Mr Watt whether he had news about the measures Parliament would be taking.

“But there is consensus around what should happen if the virus really takes hold in the next month or two months or so.

“And then the argument there is that you would massively scale back Parliament, it would only sit for emergency business, you’d have to have cross-party agreement on this, and what you’d have is just a core of MPs – the legal minimum which is 40 MPs – plus speaker and deputy speaker.

“But the working assumption is that you’d have about 100 of 650 MPs at Westminster.”

However, many people on Twitter were not happy with the emergency measures, claiming that it was just an excuse for MPs not to work.

One user said: “As long as everyone else can do the same. We can’t do it then neither should they.

“Many people have jobs involving contact with lots of other people. Why are MPs more precious than the rest of us?

Another said: “Are you serious? MPs have more holidays than teachers.