Coronavirus warning: Lockdown could lead to a spike in alcoholism... 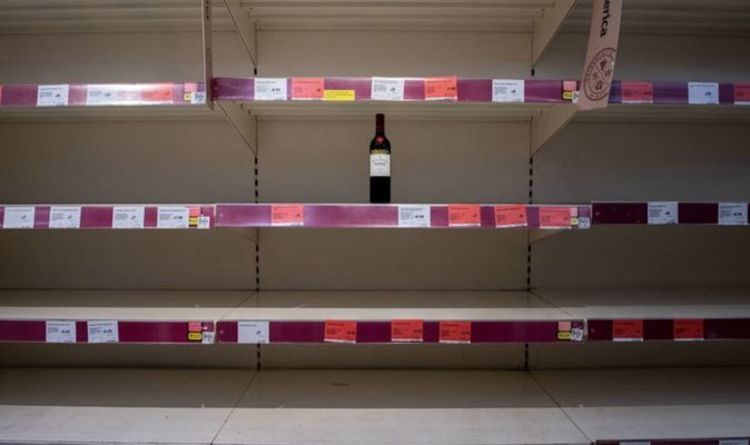 More people seem to be taking to alcohol during the coronavirus lockdown, maybe because of boredom, stress or anxiety, research has found. Alcohol sales globally have soared by a staggering 291 percent during the lockdowns across the world, according to analytics firm Nielson.

This has led researchers to worry that the pandemic could lead to a spike in alcoholism, or cause those in recovery to relapse.

The World Health Organisation responded to the research by stating that governments should “enforce measures which limit alcohol consumption”.

Now, scientists have warned that the lockdown could lead to a spike in alcoholism.

Dr Matt Parker from the University of Portsmouth said: “The potential public health effects of long-term isolation on alcohol use and misuse are unknown.

“Alcohol misuse is one of the leading causes of preventable mortality, contributing annually to about three million deaths worldwide.

“This period of isolation might lead to a spike in alcohol misuse and potentially, development of addiction in at-risk individuals or relapse in recovered addicted patients, therefore placing further strain on drug and alcohol services, and the health service in general, during and after the pandemic.”

Dr Parker and his colleagues have now launched an anonymous survey to help better understand people’s drinking habits throughout the pandemic, in a bid to beat a potential alcoholism pandemic in the coming months.

In addition to giving a snapshot of individuals’ alcohol consumption before and during lockdown, those who volunteer are being asked to report their alcohol use, stress, and boredom levels weekly to monitor any changes.

READ MORE: One in four UK businesses have SHUT DOWN

Dr Parker said: “It is unprecedented to have so many millions of people across the world effectively locked away from their jobs, friends and families.

“How people cope with this is varied, but there is a lot of anecdotal evidence of people responding by drinking more alcohol worldwide.”

James Clay, a PhD candidate who is administering the survey, said: “In the first week that the survey has been up and running, people have signed up from across the world, including the UK, USA, Australia and mainland Europe.

“In time, we hope the results will be of help health providers and governments to prepare for, and potentially mitigate, a second health crisis that could result if many people are consuming more alcohol.”