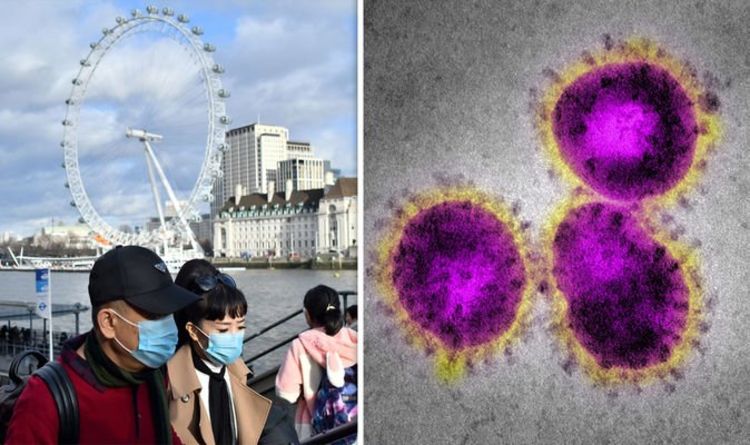 As of January 31, more than 9,000 people across the planet have been struck down by the new strain of the coronavirus, with the virus now making its way to the UK with two confirmed cases. With London being such a popular tourist destination, researchers have stated it is only a matter of time before the virus makes its way to the capital, where it will likely cause a boom in infections.

The University of Southampton’s WorldPop institute based the study on the number of air travellers predicted to arrive there from the worst affected cities in mainland China.

Bangkok, Hong Kong, Taipei, Seoul and Tokyo make up the top five most at risk destinations, while Sydney (12) is the highest non-Asian destination, with London the most at risk out of all the European cities.

Andrew Tatem, Director of WorldPop and professor within Geography and Environmental Science at the University of Southampton, said: “It’s vital that we understand patterns of population movement, both within China and globally, in order to assess how this new virus might spread – domestically and internationally.

“By mapping these trends and identifying high-risk areas, we can help inform public health interventions, such as screenings and healthcare preparedness.”

Lead report author Dr Shengjie Lai of the University of Southampton added: “The spread of the new coronavirus is a fast-moving situation and we are closely monitoring the epidemic in order to provide further up-to-date analysis on the likely spread, including the effectiveness of the transport lockdown in Chinese cities and transmission by people returning from the Lunar New Year holiday, which has been extended to 2 February.”

A separate study from Chinese health officials, which examined 99 patients, revealed the main symptoms of the virus, dubbed 2019-nCoV, are fever and a cough on admission to hospital.