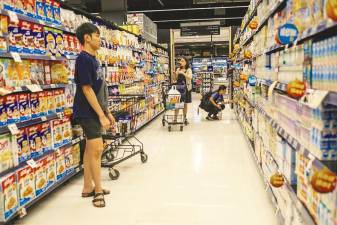 PETALING JAYA: The economic slowdown experienced in the last quarter (Q4) of 2019 does not seem to have hampered Malaysia’s corporate earnings with analysts saying that the results were in line with their estimates.

JF Apex head of research Lee Chung Cheng concurred, citing that corporate Malaysia remained unaffected by the weak economy in Q4 2019. However, he cautioned that corporate earnings for Q1 2020 could be lower as a result of the impact from the Covid-19 outbreak.

A RM20 billion stimulus package was announced last Thursday to combat the epidemic’s impact. Lee opined that the stimulus package will not have much impact on the overall corporate earnings as it is targeted at specific industries.

For Imran, the effect from the stimulus measures will be more indirect in terms of giving boost to private consumption, such as through the reduction in the minimum Employees Provident Fund contribution by employees from 11% to 7%.

He estimated that this would translate into disposable income of RM10 billion for employees, thus contributing to output growth through consumer spending.

“Private consumption is the single largest and the most dependable source of domestic demand for our economy … this should provide some indirect support to corporate earnings,” he said.

However, as the economy softens, Imran said, the knock-on effect from a further slowdown in economic activity will be on loan growth and commodity prices.

“This will invariably put pressure on corporate earnings performance,” he added.