Could Ranked mode finally be coming to Fortnite?

It’s something that Fortnite fans have been asking for since very early on, but could a ranked playlist actually be in the works?

A well-built ranking system is a fantastic way to drive interest in a video game. It gives players something to grind for and a way to prove themselves. Not only does this increase engagement and enjoyment, but it also helps to lift the overall skill level of the player base.

The closest that Fortnite has come to a ranked mode, is the Arena playlist. Players gain hype based on performance and lose an increasing amount to bus fare. Whilst this may seem similar to the way that elo systems function in other titles, most agree that Arena mode is nowhere near what it could be. 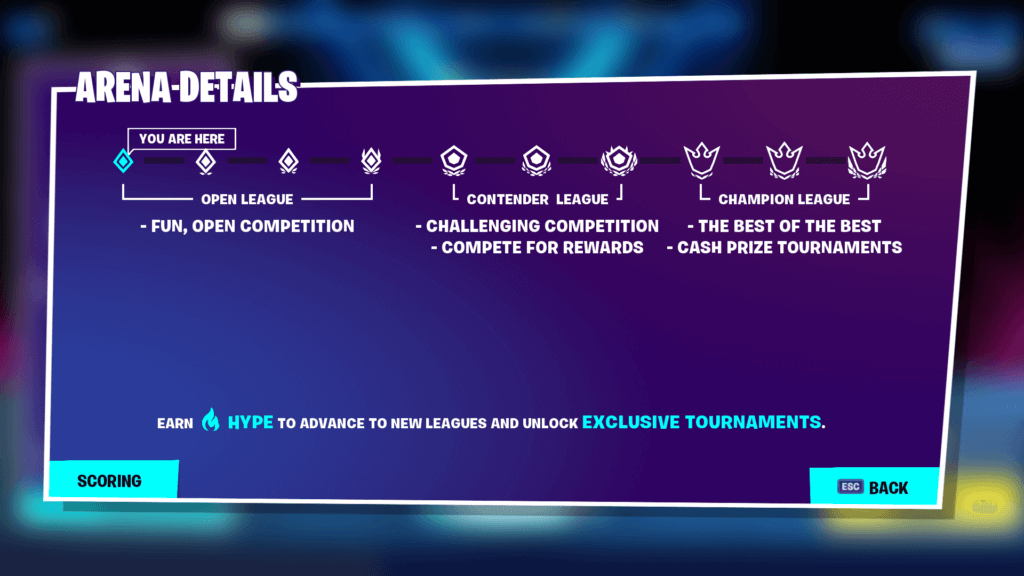 Largely, this comes down to the lack of incentive. Since being introduced, each new Arena season is the same. People grind up to Contender or Champion division in the first couple of weeks so that they can enter certain tournaments, and then stop. Sure, some players prefer Arena to normal public matches, but the games are very low quality, and tend to turn into a w key fest.

A recent post from the official @FNCompetitive Twitter account displayed a leaderboard of the top 10 highest Arena hype scores in Season 2. The tweet didn’t give any context, but potentially this is a teaser rather than a simple shout out.

Many of the replies to this tweet asked for the leaderboards to be made public in-game. This would be a big step towards giving players a reason to sweat Arena. But they could go so much further. Offering unique cosmetic rewards for different rankings would be such a good idea. Imagine how many more people would compete, and take it seriously, if top performers unlocked an awesome skin that only they could use.

If Fortnite were to release a properly designed ranked mode, it could open the door to other possibilities too. Skill-based matchmaking would not be so necessary in public matches, although it’s a stretch to think they would ever remove this, it would make sense. Potentially this could be the best way to keep players of all skill levels happy.

Perhaps I’m being too optimistic, it was only a picture of a leaderboard. However, Epic have made it clear on multiple occasions that there are big plans for the future. Who knows, maybe this could be one of them. If they were to revamp Arena, it would probably be at the start of next season, so we still have a little while to go.

Pokemon Crown Tundra release time and date has been officially confirmed for Thursday, October 22, 2020, on Nintendo Switch, although timing might differ depending...
Read more
Gaming