Countries in recession 2020: Which countries have been hit by recession? 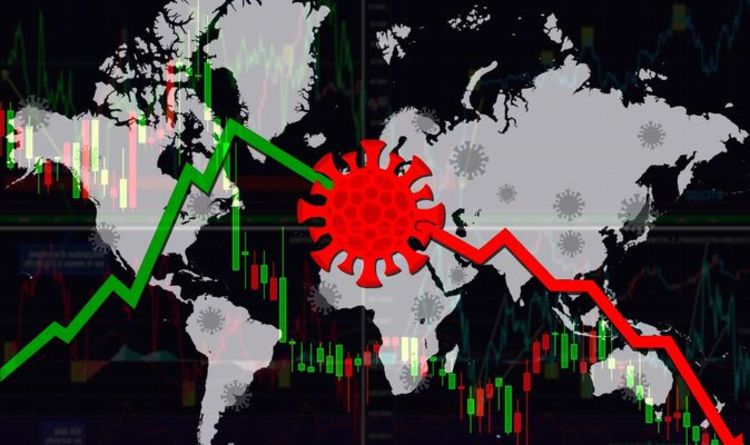 Which counties have been hit by a recession?

A number of countries around the world, including developed and leading economies, have suffered a recession as a direct result of the pandemic.

France, Italy, Canada, Germany, the US and Japan have all suffered devastating losses to their economy.

The GDP in France has contracted 13.8 percent, 12.4 percent in Italy and 12 percent in Canada.

Germany has seen its economy shrink by 10.1 percent, and the US and Japan both follow with 7.6 percent.

“But while there are difficult choices to be made ahead, we will get through this, and I can assure people that nobody will be left without hope or opportunity.”

The ONS added: “The larger contraction primarily reflects how lockdown measures have been in place for a larger part of this period in the UK.”

Britain imposed a strict lockdown two weeks later than Italy, 10 days after Spain and a week after France despite increasing coronavirus cases.

This means it took much longer to contain the spread of the virus, which prolonged the need for restrictions which have kept thousands of businesses closed.

In comparison, Italy allowed restaurants, cafes and hairdressers to reopen in mid-May, while the UK waited until July 4 to do the same.

Germany enabled some shops, such as book stores, bike shops and car dealerships, to reopen as early as April 20 – almost two months before non-essential retail began reopening in Britain.

The relaxation of some measures in June brought an immediate boost to the economy, according to the ONS, with GDP rising 8.7 percent on the previous month.

Since the coronavirus lockdown first began, an estimated 730,000 jobs have been lost, and many more workers are expected to be hit with redundancies and job losses in the coming months.

Aarian Marshall The safety driver behind the wheel of a self-driving Uber that struck and killed a woman in 2018 has been charged with a...
Read more
Business

Graham Hacia Thanks to Covid-19, the mantra for 2020 has got to be “quarantine and chill.” Good thing Netflix is here to “entertain people all...
Read more