Countryfile's Adam Henson opens up on ‘challenging’ time after snubbing... 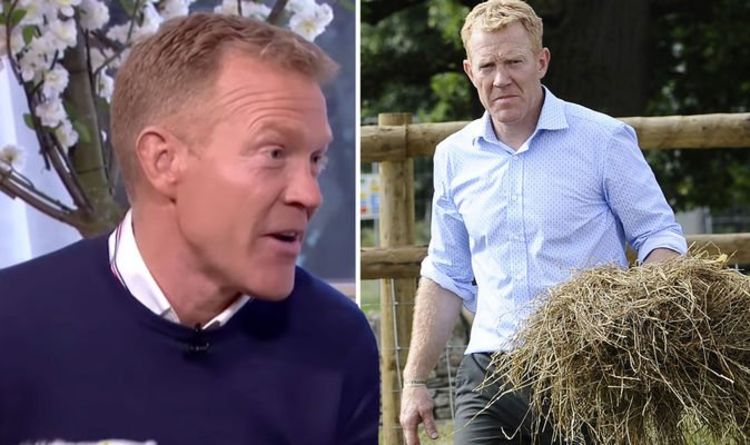 Countryfile stars Adam Henson, 54, and Ellie Harrison, 42, explored various places on BBC show Secret Britain, including a cliff in North Yorkshire and the secret water world of the Brecon Beacons in south Wales. Despite enjoying their adventures, the farmer admitted he found a particular moment “scary”.

In an interview with the BBC, he said: “Climbing Whitestone cliff in North Yorkshire was the hardest thing I had to do.

“I’m not a confident climber and I found it challenging and quite scary, despite being roped up.

“But I loved the flight in the glider and I will definitely be looking to do this again soon.”

On what else he finds difficult about life as a farmer, he added: “The long days and driving home late at night.”

His admission came after his co-star Ellie joked she’d like to see him wear a superman outfit while climbing a cliff.

When asked if he approved of her request, he replied: “No, I’m not wearing my pants over my trousers!”

Despite his co-star’s bizarre request, Adam went on to reveal what he thinks of his fellow presenter.

When asked what he would change about Ellie if he could, he responded: “Ellie is great the way she is.

The pair are also regularly seen on Countryfile, which he has been hosting since 2001.

As well as this, Adam is a tenant at the Cotsworld Farm park.

Earlier this month, he announced “devastating” news about the temporary closure of his farm due to the coronavirus.

In view of his 12,000 followers, he said as part of a lengthy statement: “Following recent updates regarding the outbreak of Covid-19, Duncan [his business partner] and I have made the heartbreaking decision, from 5pm on Friday 20th March, to close Cotswold Farm Park for the foreseeable future.