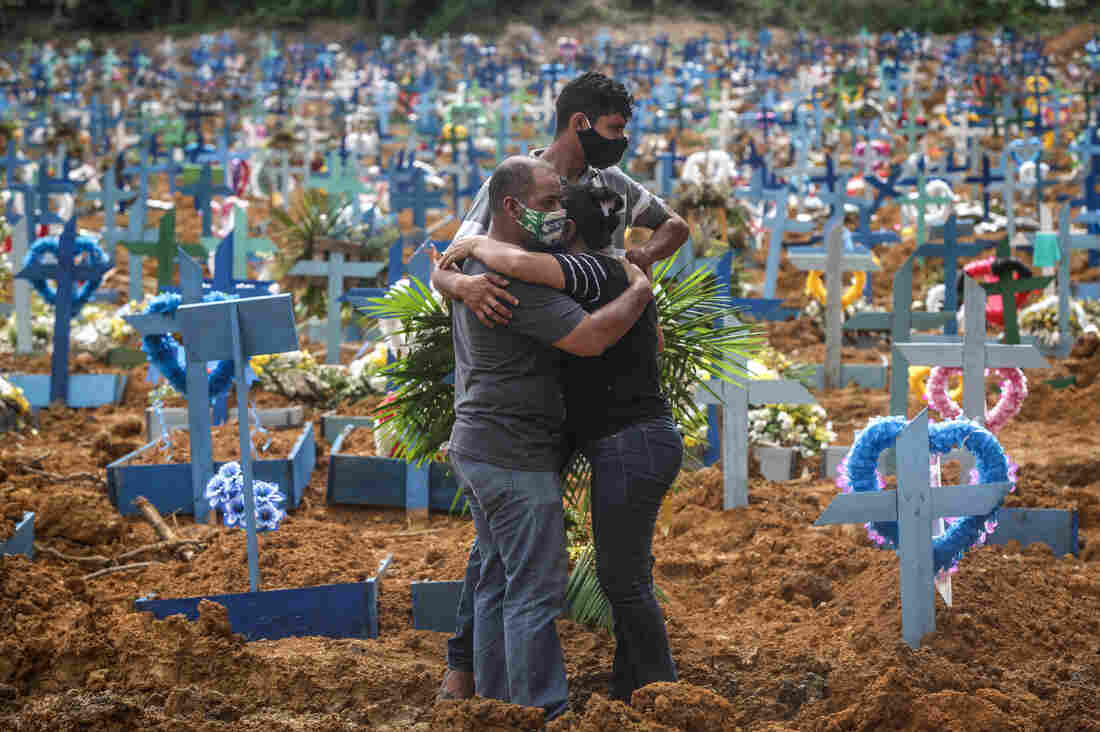 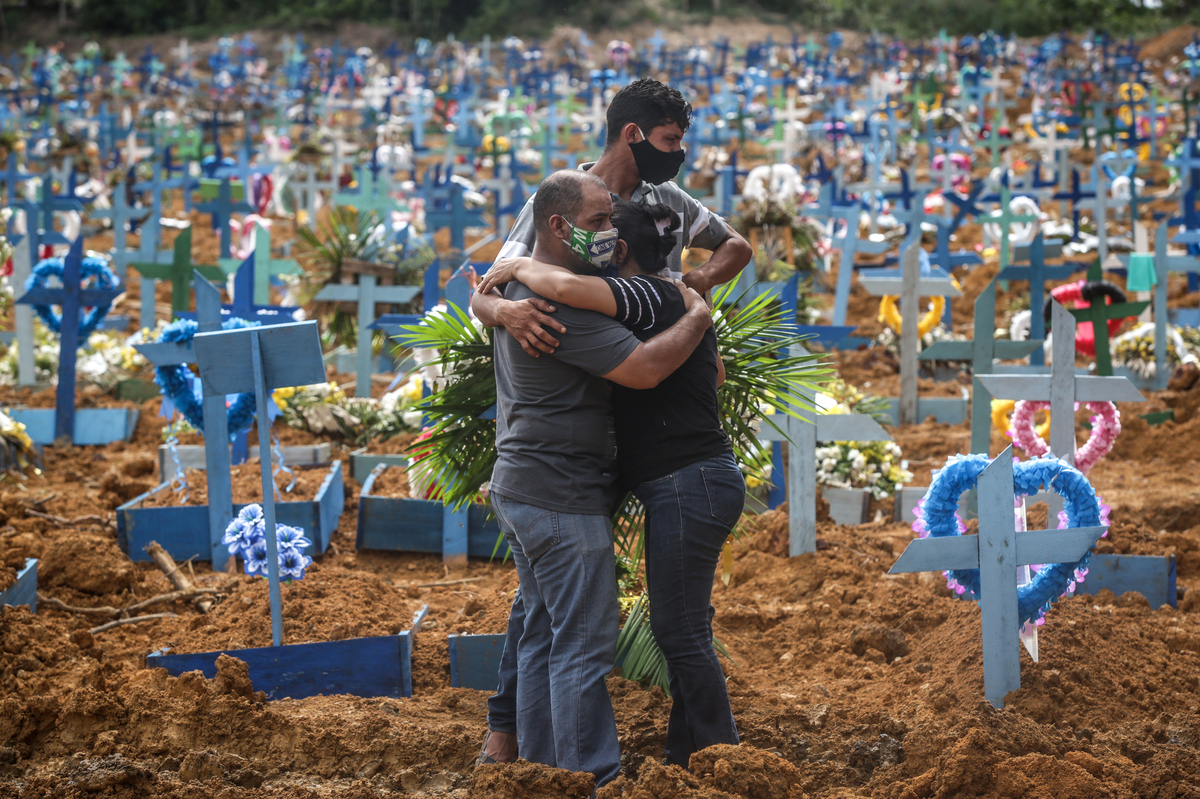 Relatives at a mass burial of pandemic victims at the Parque Taruma cemetery in Manaus, Brazil, mourn a family member.

The coronavirus pandemic has now killed at least 1 million people worldwide. That’s according to a tally maintained by Johns Hopkins University. This sobering milestone was reached just nine months after the first reported fatality in China last January. And public health experts believe the actual toll – the recorded deaths plus the unrecorded deaths – is much higher. What’s more, in the five worst-off countries, the trend line remains worrisome. Here’s how they line up — and why Argentina could soon join their ranks.

Take the United States, which currently leads the world in terms of both total number of dead and total number of infected over the course of the pandemic. While several Northeastern states that were clobbered by the virus early on managed to use social distancing and masking to push down their new cases by early spring, states in other regions then quickly moved to re-open. This fueled an even bigger wave of deaths across wide swaths of the U.S. throughout the summer. Since then many states have managed to bring down their numbers — as well as the overall U.S. daily death count. Yet it remains far higher than it was in July. Also, most recently, daily deaths have actually begun rising again — largely driven by increasing transmission in various states in the Great Plains and the South.

Brazil, the second-biggest driver of the worldwide death toll, is also once again trouble. Led by a president who repeatedly downplayed the threat from the coronavirus, Brazil’s initial response was chaotic at best, enabling a surge in deaths all through July and August. About a month ago, the daily death count began dropping. But more recently that progress seems to have stalled.

The trajectory has been even more unremittingly terrible in India — which has the third-highest death toll. Since May, when the government largely lifted a strict lockdown, infections and deaths have been on a virtually uninterrupted upward spiral. One caveat is that when these cases are measured as a share of India’s population, India actually ranks fairly low. That’s in marked contrast with both Brazil and the United States. Also, over the last several weeks India’s daily death count appears to have hit something of plateau. Still, the total number of people dying there remains extremely high — with an average of about 1,100 deaths each day over the last week.

Mexico too is struggling. It doesn’t just follow the U.S., Brazil and India when it comes to highest total deaths over the entirety of the pandemic. Over the last two weeks, all four countries have also had the highest number of average daily deaths.

The United Kingdom — ranked fifth when it comes to total death toll — is faring only slightly better. New infections have risen to their highest level there since early May. And while the death toll remains much lower, it too has begun creeping up again. More alarming, however, is the situation in European neighbors Spain and France — where both daily new cases and daily new deaths have recently increased markedly, putting both countries in the top 10 on those measures over the last two weeks.

Could Argentina be far behind?

Meanwhile, countries such as Argentina offer a reminder that the full contours of the pandemic’s impact won’t be clear until it’s over. Three months ago Argentina seemed to be doing comparatively well. That’s one reason it still doesn’t quite rank among the top 10 countries in terms of total deaths over the entirety of the pandemic. But since June, Argentina has seen a steady increase in infections and fatalities. And over the last two weeks its daily new death count has ranked fifth-highest in the world, with little sign of slowing down.