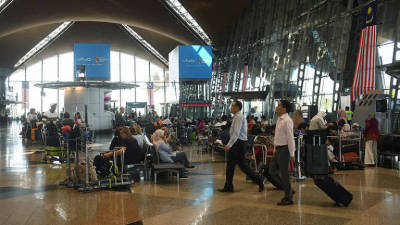 PETALING JAYA: The aviation sector is reeling from the Covid-19 outbreak, with local airports registering a 23.4% decline in traffic volume to 6.2 million passengers over the same period last year.

This compares with a 6.6% growth to 8.9 million passengers recorded in January.

“The decline in traffic performance seen in the last week of January 2020 continued and heightened in the month of February 2020 as expected in the wake of the Covid-19 outbreak,” according to Malaysia Airports Holdings Bhd’s filing with the stock exchange.

International and domestic sector recorded 2.9 million and 3.3 million passenger movements, a drop of 29.6% and 16.8% respectively over the same corresponding period last year.

International and domestic sector registered 4.0 million and 4.9 million passengers, representing a decline of 21.3% and 12.6% respectively.

Despite the outbreak, it said airlines are trying to fill up seats by offering attractive low fare packages to attract travellers.

MAHB also noted that most of the regions registered a double-digit decline in passenger movements except for the Middle East and South Asia regions, which registered a marginal growth for February 2020.

Earlier, the International Air Transport Association (IATA) warned that the coronavirus epidemic could cost passenger airlines up to US$ 113 billion (RM470.36 billion) in lost revenue this year.