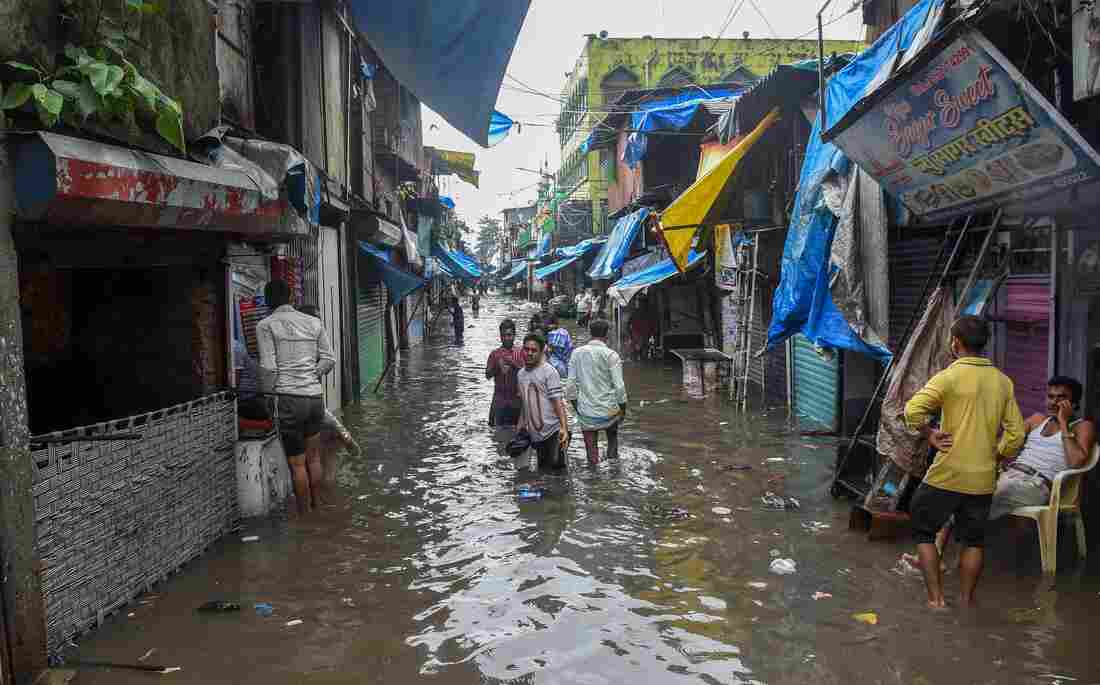 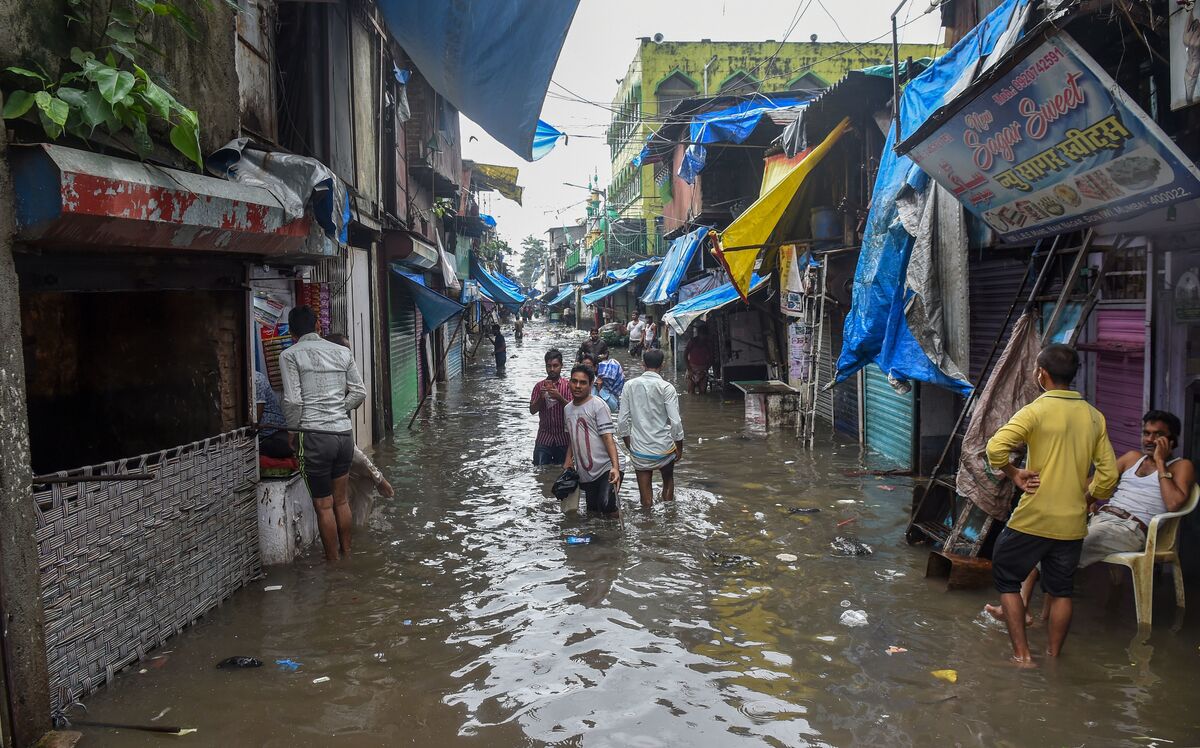 Residents wade in a flooded street after heavy monsoon rains in Mumbai on August 4, 2019.

The narrow lanes inside the slum in east Mumbai where Swati Patil lives flood every year during the monsoon season of July and August.

“Even if it rains for half an hour, we have waterlogging,” says Patil, 46.

Homes remain inundated for days and many people pile all their belongings on beds floating in the water, she says. Mosquito-borne diseases like malaria dengue as well as water-borne diseases like typhoid and leptospirosis are common. But these aren’t the only obstacles.

This monsoon season, Patil and her neighbors have one more thing to fear: the coronavirus.

India’s financial capital is in the throes of a COVID-19 crisis. With more than 60,000 total cases, Mumbai is responsible for roughly a sixth of all of India’s infections. Mumbai’s congested slums are especially vulnerable.

Although slums cover only about 8 percent of Mumbai’s total area, they are home to some 40 percent of Mumbai’s population of more than 20 million. People live in cramped quarters and share dirty public toilets. Sanitation and social distancing in slums will become even harder to maintain during the monsoon season, says Rama Shyam, program director at the Mumbai-based nonprofit Society for Nutrition, Education and Health Action.

The pandemic is also making it tough for the authorities to prepare the slums for the monsoon season.

The awareness campaigns are part of pre-monsoon preparations that Mumbai’s authorities undertake each spring, which include unclogging stormwater drains to prevent flooding.

Most of the workers hired to remove the sludge from drains are migrant laborers, explains Desai. When India went under lockdown in late March, some 100 million people lost their jobs. Many were migrant laborers who returned to their homes in villages hundreds of miles away.

“Now this year, especially because of the lockdown, most of these very critical pre-monsoon works have not been started or they’ve only been able to do some very fractional work,” Desai says.

In July and August — when the rainy season is at its peak — torrential showers continue for days on end, flooding low-lying areas. People wade through waist-high water which is often contaminated. Open sewers overflow and garbage piles up. It’s the perfect breeding ground for mosquitoes.

Each spring, authorities identify spots across the city prone to mosquito breeding and fumigate those areas, Desai says. But this year, those officials were assigned to disinfect hospitals handling COVID-19 cases and pre-monsoon fogging was delayed.

Hundreds of people in Mumbai get sick with malaria and dengue fever each year. According to government data, Mumbai’s public hospitals alone registered more than 900 confirmed cases and more than 13,000 suspected cases of dengue in 2019, most of them occurring during a monsoon or just after. But the Mumbai-based nonprofit Praja Foundation estimates there could be up to 100,000 cases of dengue a year.

This year, the burden of monsoon-related illnesses comes at a time when Mumbai’s health system is already overwhelmed by COVID-19. Public hospitals are severely understaffed, doctors say, and there are reports of patients dying after hospitals refused to admit them due to shortage of beds.

While only a fraction of those who get infected with dengue or malaria need to be admitted, hospitals must be prepared to take in non-COVID patients, says Dr. Om Shrivastav, an infectious disease specialist. And that requires additional staff and resources.

Authorities say they are assigning hospitals to treat non-COVID patients exclusively. Some 8,000 beds and at least 150 city-run clinics have been allocated for monsoon-related illnesses, The Indian Express newspaper reports.

Meanwhile, Desai, the researcher, wonders how slums that are right along Mumbai’s beaches will fare.

“Every monsoon, during high tide, at least the first two to three rows of all slum huts have to be evacuated otherwise they will be swept away by the sea waves,” Desai says. “They all come and live on the streets.”

When they’re trying to survive and save their home, he says, social distancing and an invisible virus will be the last thing on their minds.