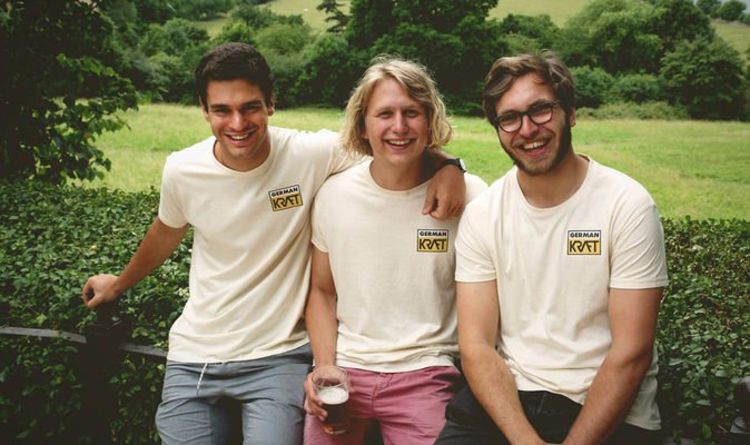 Research by tech developers Studio Graphene revealed nearly half (47 percent) of businesses said they successfully migrated from offering in-person services to online when lockdown was announced. Michele Tieghi, the co-founder of German Kraft Brewery, set up an online shop and began offering next-day delivery to “find a way to survive” after his London outlets shut in March. He said: “We produce beer on-site and sell directly from our doorstep to customers – tank to pints. Once COVID-19 hit, we went from 100 to zero very fast.

“During lockdown we had to find a way to survive, and opted to fill 5L mini kegs with our beer and deliver it between zones one and three in London.

“We had to set up a shop online fast and get going. Figuring out the logistics was the hardest part, as we do not usually package our products, and don’t have the facilities to do so. So we had to improvise.”

The research of 500 senior decision makers at UK firms showed nearly 40 percent of businesses have invested in a new area of technology they had previously never used.

While one in five have launched a new app.

To find out the coronavirus levels in your area, fill in your postcode below.

She added: “This required research and investment in online platforms and recording and streaming equipment.

“But most of all, it was about finding a way to build community in a virtual world. The willingness of clients to give things a go was the most important part in achieving this.”

Almost two-thirds of those surveyed said the pandemic had encouraged their business to implement digital services much faster than they would have otherwise.

While 45 pe cent admitting that their risk-averse company culture had typically made it difficult to innovate and embrace new ideas.

Ritam Gandhi, the founder and director of Studio Graphene, said: “They say necessity is the mother of invention, and the pandemic is evidence of that. While COVID-19 has put unprecedented strain on businesses, it has also been key to fast-tracking digital innovation across the private sector.

“The research shows that the crisis has prompted businesses to break down the cultural barriers which previously stood in the way of experimenting with new digital solutions.

“This accelerated digital transformation offers a positive outlook for the future – armed with technology, businesses will now be much better-placed to adapt to any unforeseen challenges that may come their way.”

In the footage a woman approaches Mr Varadkar and a camera crew before stopping to talk to them. The woman then steps towards Mr...
Read more

The Royal Family are avid travellers who often go abroad on Royal tours across the world. Her Majesty, The Queen has travelled to more...
Read more