COVID isolation to be slashed to seven days in quarantine boost 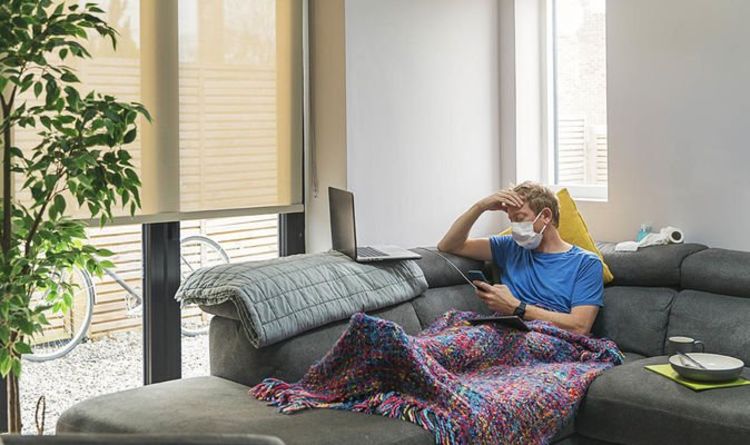 Officials are understood to be studying the proposal following growing concerns in Whitehall that too many people are ignoring the current rules. The move would not apply to those who test positive for the disease, who must continue to self-isolate for at least 10 days. People who live with someone with coronavirus symptoms or who has been contacted by NHS Test and Trace currently faces a 14-day quarantine.

In a series of broadcast interviews yesterday, the Northern Ireland Secretary said a final decision had yet to be made by the Government.

“So we’re always assessing these things.

“We’ll be looking at whether we can assess that incubation period of the virus, how people are reacting if they’ve got the virus and making sure that people understand what the guidance is so they are isolating for the right period of time to protect those in the community around them.

“Now, we have always assessed that to be around 14 days – if you live with somebody or have been in close contact with somebody with the virus.

“And it’s just whether the science is about to allow us to narrow that a bit. But we haven’t made any decisions.”

Downing Street officials have indicated the change is under consideration as part of a series of proposals to try to improve compliance with coronavirus rules.

Mr Lewis added: “We’ve got to follow the science, make sure what we’re doing is something that keeps people safe, helps protect our NHS.

“Ultimately this is always a matter for all of us, the self-responsibility.

“We have to follow the guidelines because the actions we take as individuals impact not just ourselves but also our family, our friends, our communities, and through that the NHS.”

Professor Sir Ian Diamond, the Government’s chief statistician, yesterday said the issue was being looked at by the Scientific Advisory Group for Emergencies (Sage), which reports to ministers.

He said that survey work from the Office for National Statistics would inform any decision about the isolation period.

Sir Ian said that a King’s College London study found about 70 percent of people said they would self-isolate if they had symptoms – but a “very much lower proportion” who’d had symptoms isolated for the full period.

“It’s critical, because self-isolation is an incredibly important part of the way in which we will control this virus.”

Sir Ian added: “I think there is no question we are in a second wave. We are seeing infections rise very quickly.”

He revealed that in England about one in 130 people have the virus, with estimates for Scotland and Wales being “a little lower” and “a little higher” in Northern Ireland.

Sir Ian also warned that the return of university students to their family homes at Christmas could be a problem for the country.

He said: “If we did nothing, it would be a moment of danger.

“That’s why I know all universities and the Department for Education, working closely with them, are putting together plans to minimise that danger and to mitigate against it.”

ByType 2 diabetes can cause a range of symptoms in the body including frequent urination and blurred vision. Experiencing diarrhoea is a lesser-known warning...
Read more
Health

By"Vitamin D2 and D3 are the two most important forms for your health. Vitamin D2 is produced by plants, and Vitamin D3 is the...
Read more