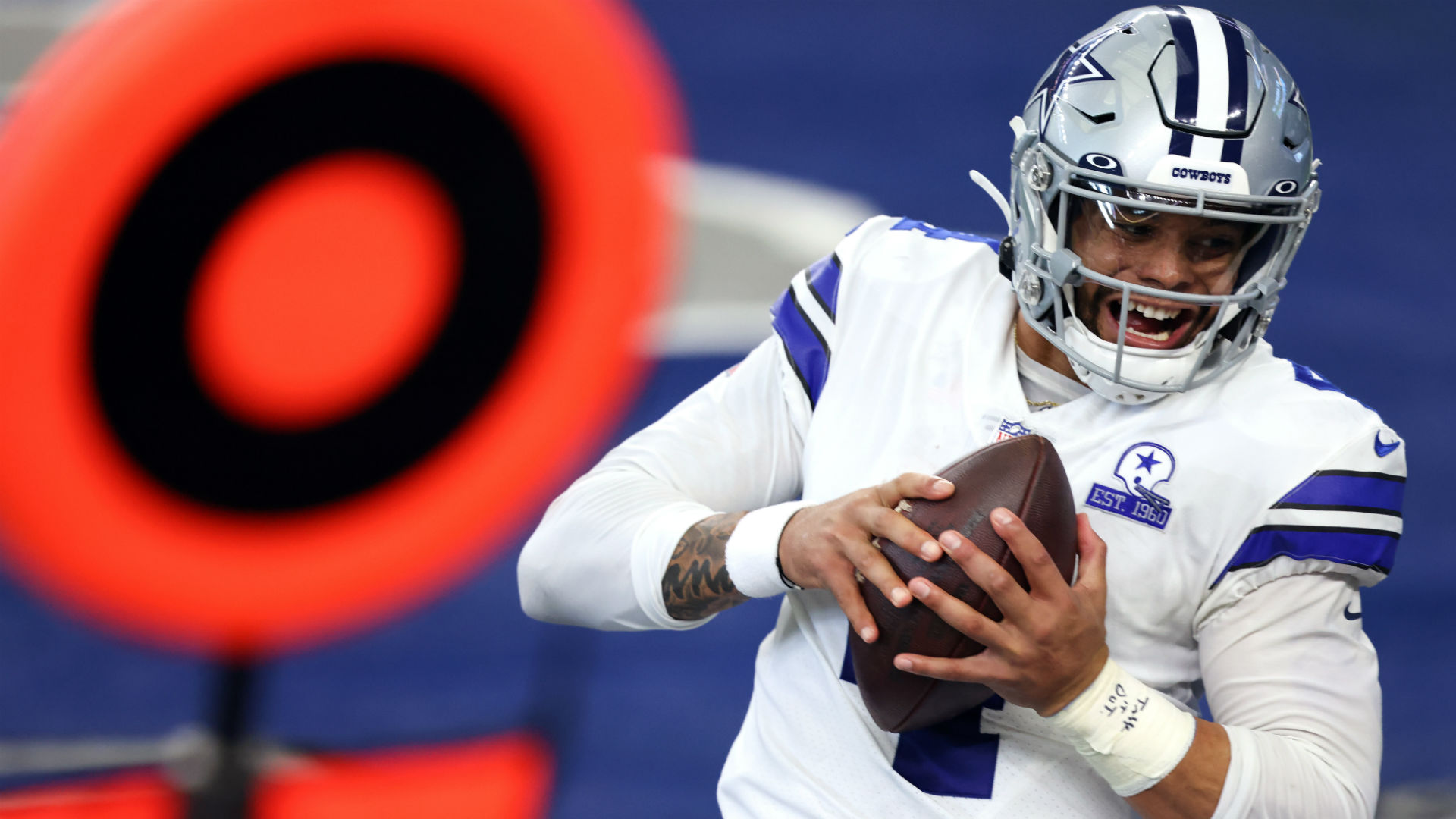 Dak Prescott and the Cowboys have the Eagles to thank for their third touchdown Sunday.

The Cowboys ran a Philly Special lookalike to score a touchdown in the final minute of the first half against the Giants in Week 5. Receiver Cedrick Wilson took the reverse before lofting a pass toward Prescott, who had sprinted out along the right sideline. Prescott reeled it in and took the final steps to score an 11-yard receiving touchdown. Entering Week 5, Prescott had been making headlines for his record passing pace.

While the Eagles aren’t the only team to run such a play, they ran its most famous iteration during Super Bowl 52 to have a touchdown completion from tight end Trey Burton to quarterback Nick Foles. They ran that from the 1-yard line. Dallas attempted this play with less than 25 seconds left in the first half against the Giants, on first-and-10 from the 11-yard line.

Prescott’s receiving touchdown gave Dallas a 24-20 halftime lead over the winless Giants, coming back from an early 17-3 deficit to do so. The Cowboys, at 1-3, are looking to right the ship and take control of a putrid NFC East division. The Eagles’ loss in Sunday’s early window puts them at 1-3-1, meaning a Dallas win leaps the Cowboys to first place in the division.

It’s just the 26th time a quarterback has caught a touchdown during the NFL regular season, according to Pro Football Reference. Former Cowboys QB White and Jim McMahon are the only two passers to have caught two.

The “Dallas Special” wasn’t the first trick play attempted during Sunday’s high-scoring first half. The Giants scored their opening touchdown on a rush by Evan Engram.

After Engram’s rushing score, he nearly had another trick-play touchdown when the Giants ran a fake field goal that resulted in a wide open Engram. The play was brought back due to a penalty, though. The Giants also ran a flea-flicker pass in the first half, although a lack of protection forced Daniel Jones to roll out before finding Darius Slayton along the sideline.