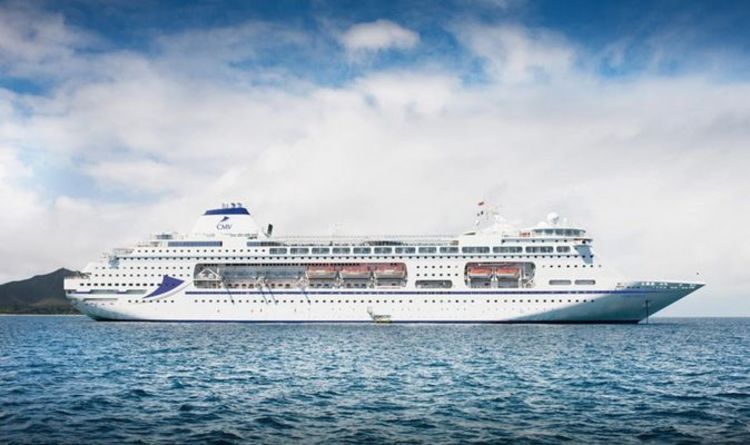 Indian cruise crew members are said to have made a direct appeal for help to India’s prime minister, Narendra Modi.

Three days ago, the All India Seafarer and General Workers Union wrote to the Indian foreign office.

They requested repatriation of 164 crew members onboard the Astoria.

The letter, posted to Twitter, stated: “In the coronavirus outbreak our Indian citizens [are] stuck in foreign waters from past 90 days and need help”.

Cruise and Maritime Voyages have said the crew are frustrated at being unable to return home due to global travel restrictions.

They said 50 out of 262 crew members on the Astoria had “commenced a strike, including no longer performing routine maintenance work onboard,” reported The Guardian.

They refuted claims of hunger strikes and said it was working hard to repatriate crew members.

The International Maritime Organisation (IMO) told Express.co.uk: “The IMO Seafarer Crisis Action Team is aware of this case and is liaising with the relevant authorities.”

IMO has described stranded cruise crew as “collateral victims of the [coronavirus] crisis.”

The organisation stated: We are on the verge of a humanitarian crisis and a real safety issue – we cannot expect seafarers currently on ships to stay at sea forever.

“Many have already been on tours of duty significantly longer than the 11 months agreed by ILO as the maximum length of seafarers’ contracts.

“It is the responsibility of governments to ensure seafarers and ships can continue moving, to enable the world to overcome and recover from the pandemic and keep the global economy afloat.”

IMO continued: “It is estimated that starting in mid-June 2020, as many as 300,000 seafarers each month will require international flights to enable crew changeovers. About half of them (150,000) will need to be repatriated home by aircraft while the other half will join ships. Additionally, around 70,000 cruise ship staff are currently waiting for repatriation.

“On any given day, nearly one million seafarers are working on some 60,000 large cargo vessels worldwide.”

The MCA said of the Astoria’s detention: “The detention is a preventative measure in line with UK regulations, in order that a full inspection of the ship related to the maritime labour convention can be carried out before its intended departure.

“It cannot leave the port until the inspection is completed.”

“Five other ships in the same company – Global Cruise Lines Ltd – four others based at Tilbury and one at Bristol are also being inspected.

“Acting as the port state control authority for the UK, the MCA has taken this action following a number of serious concerns which were raised about the welfare of the crew.”

Some cruise companies are extending their cancellations of holidays despite plans to return to seas sooner.

Norwegian Cruise Line, also known as NCL, and its sister brands Regent Seven Seas Cruises and Oceana Cruises announced this week that they would be cancelling more voyages going into Autumn.

Previously, the three brands had cancelled voyages until the end of July.

ByData shows the second lockdown is having the desired effect, with the number of new cases per day dropping from 50,000 in early November,...
Read more
Travel

ByHowever, following a year of uncertainty for travel amid the ongoing pandemic, things could be a little different this year. Though the likes of British...
Read more