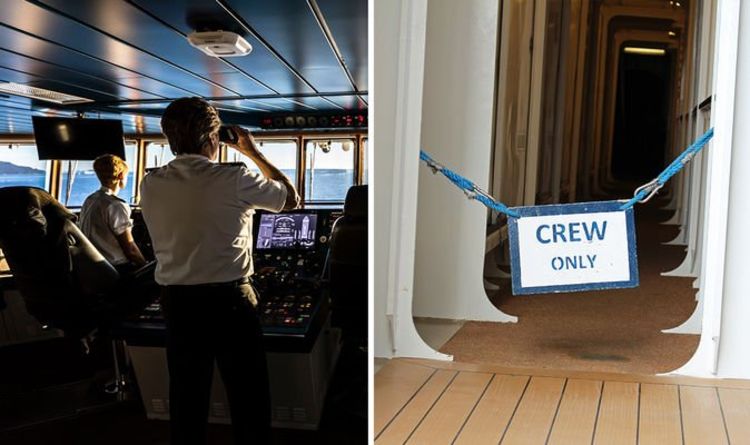 But sometimes things do go wrong on cruises – especially onboard a ship with thousands of people.

Former cruise ship crew workers have now revealed some of their worst experiences onboard cruise ships.

Social media and forum site, Reddit, saw a question posted by one user who asked cruise ship workers what their worst moments on board the ships “that passengers didn’t find out about”.

The post was inundated with replies from cruise ship workers who revealed some of their worst experiences – from the embarrassing to the hilarious.

“Now toilet paper is hidden in every cabin instead of a centralised location.”

They said: “I was a cruise ship worker for a few years and on a route between two cities there was a really bad storm.

“So a few minutes after the passengers got off, the storm got so rough that the ship was ripped off the docks and drifted out to sea.

“Because it takes quite a while to start up the engines it took some time until we got back to the harbour.

“Not really dangerous, but if it had happened while the passengers were de-boarding it could have gone badly.”

One crew member said that fires could happen on cruise ships without passengers finding out.

They said: “I worked on a cruise ship for two and a half years and we had three major fires.

“They were all in crew areas and were controlled and extinguished by our awesome fire team.