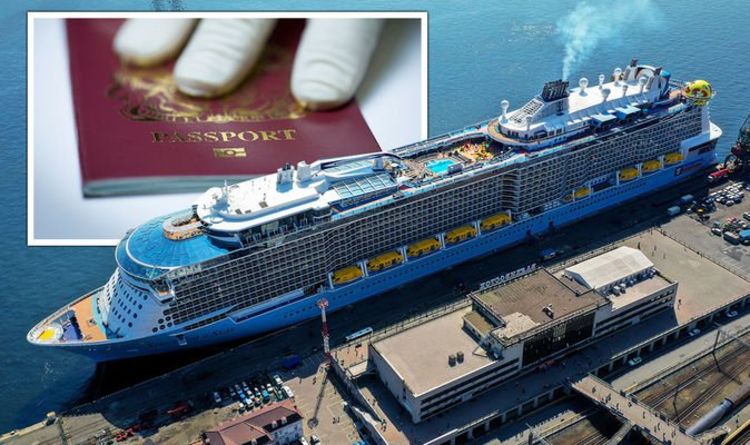 Sobbing families said they were “treated like criminals” by border staff at Beijing Airport after flying in to join a 12-day Royal Caribbean cruise. They had been told they would be able to enter the country under a 144-hour visa exemption system that would allow them to spend three days sightseeing before boarding Quantum of the Seas. But families said they feared for their safety after randomly being targeted by officials.

Many told how they were separated from their loved ones after individuals were picked out of groups and refused entry.

Some passengers were forced to fly back to Britain immediately.

Management consultant Alison Goldie, 56, told how she and accountant husband Allan, also 56, had spent £6,000 on the cruise to celebrate her friend Lesley McGregor’s 50th birthday.

Lesley was travelling with husband Scott and her parents Anne and Matt Matheson.

Wheelchair-user Mrs Matheson, 68, and her 71-year-old husband were rushed through immigration before officials ruled Alison could travel but not the rest of the party.

Alison, who stayed behind with her husband, said: “Lesley’s parents were in a completely different country for five days.

“It seemed to me that the Chinese were having a ball. It was just like a game.

“Staff dealing with us seemed very young and were in high spirits. They were just giggling as they refused entry in a random way.”

The group were forced to fly to Japan to await the ship and meet the elderly parents onboard.

Clair Matthews, 46, husband Joseph, 50, and her parents-in-law Teresa, 71, and Stanley Matthews, 79, were all refused entry. They were forced to spend a night at
the airport.

Clair said: “We had the temporary visa. They flicked through our passports and told us, ‘You’re not coming in’.”

When the family refused to pay to fly on to the boat’s first port of call in Japan, they were threatened with arrest. Clair said: “I was told that if I was still here within 24 hours of landing and didn’t have proof of onward travel, I would be taken to prison.

The family spent more than £3,000 on flights to Japan and four nights in a Fukuoka hotel before boarding the ship yesterday.

It set sail from Tianjin port in China on Monday before arriving in Fukuoka yesterday morning.

An Abta spokesman last night said: “Entry into China under a visa waiver is not guaranteed and Chinese border officials have the right to refuse entry without warning or explanation.”