Cruises update: How long will cruises be suspended for? Full... 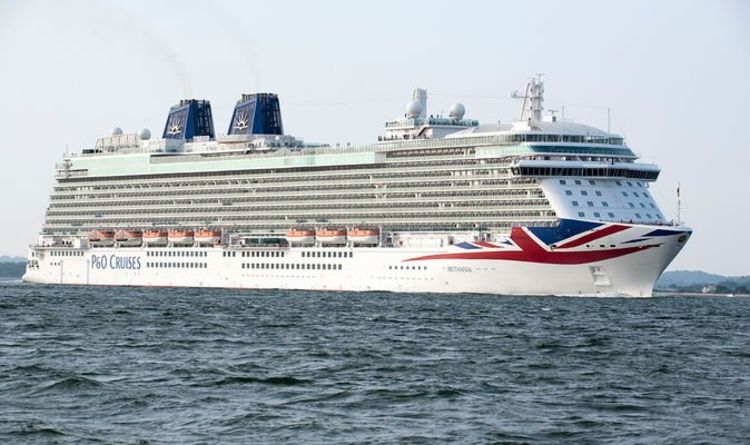 Cruise lines have been suspended worldwide with future voyages being altered due to COVID-19. Back in January, the World Health Organisation (WHO) declared that the coronavirus was a public health emergency. Then, in March the WHO declared that the outbreak was a worldwide pandemic. The cruise industry is just one of many travel industries that has been impacted by the virus.

Cruise liners throughout the world have been unable to dock as ports close and others bar ships from docking.

The US Centers for Disease Control and Prevention (CDC) said that all cruise ships with over 250 passengers and crew in US waters were issued a no-sail order.

The order will stay in place until coronavirus is no longer a public health emergency.

And the UK’s Foreign and Commonwealth Office (FCO) also updated its travel guidance, advising against all but essential travel abroad.

The move has seen cruise lines relax their cancellations policies and allow some passengers to cancel.

Here’s a full list of cruise lines and their suspension dates.

The cruise line has cancelled all scheduled 2020 voyages on its ship, Ocean Endeavour.

All operations have been cancelled until April 30, but this could be extended.

This company has cancelled all voyages which are set to embark from March 14 until May 3 2020.

APT has cancelled all cruises until and including May 31, 2020, but all voyages to China will be cancelled until the end of June.

All 2020 Arctic cruises have been cancelled and two separate cruises which were set to embark on April 2 and April 25 have been rescheduled for 2021.

All China operations will be suspended until June 2020 and all river cruises will be cancelled until April 30.

The cruise line will be denying access to guests who have certain medical conditions that are specified by the CDC.

This also includes people aged 70 or over unless they have a letter from a doctor.

And boarding will be denied for any person who has cared for a person, or had close contact with someone, with COVID-19.

The cruise line has cancelled all voyages set to embark to May 6.

All cruises scheduled to depart until May 31 are cancelled.

All Carnival cruises in North America have been suspended until May 11 2020.

The company has cancelled all voyages until May 12, except for the Alaska and New England and Canada seasons, which are suspended up to the end of June.

This cruise company has suspended all voyages until May 24 but cruises to Far East Asia have also been cancelled.

All ocean, river and yacht journeys have been suspended until the end of May.

All voyages will be cancelled until May 15 including the Queen Elizabeth’s season in Asia which will instead run in Australia.

All departures until April 28 are cancelled except Alaska sailings which will be postponed until early July.

The company has ceased all voyages until May 23.

The company will return to the seas ship by ship.

No one who has travelled to, visited or transited via airports in Iran, South Korea and China, including Hong Kong, Macau and any part of Italy will not be allowed on board.

Screening will be conducted for all people who have visited the US.

And boarding will be denied for any persons who has cared for a person or had close contact with someone with COVID-19.

All journeys have been paused until May 14.