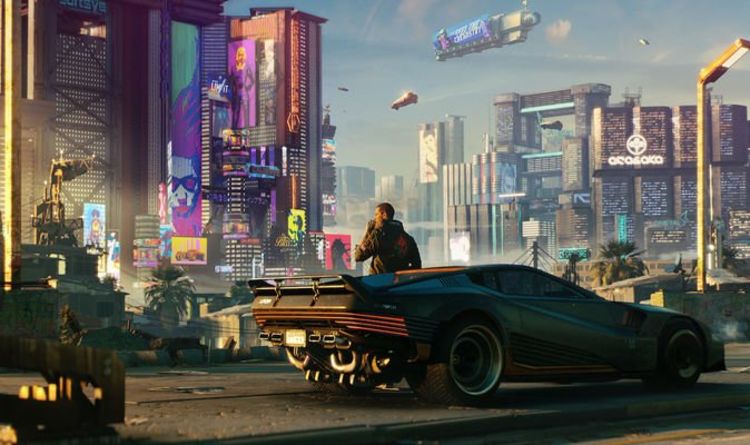 Cyberpunk 2077 fans don’t have to wait very long for their first taste of the dystopian world.

While the Cyberpunk 2077 release date remains as September 17 on PS4, Xbox One and PC, fans will be treated to a special bonus in June.

Indeed, according to Dark Horse Books, a new Cyberpunk 2077 compendium will be available from June 17.

The upcoming companion book will provide fans with a closer look at the lore of Cyberpunk 2077.

“Dark Horse Books and CD Projekt Red present The World of Cyberpunk 2077 – an extensive examination of the rich lore of a dystopian epic,” reads the official description.

“Learn all about the history of the neon-tinted districts of Night City!

“Examine cybernetics, weapons, characters and more in this intricate fusion of art and lore thats a necessity for fans of the hit RPG video game, Cyberpunk 2077!”

It’s not as exciting as being able to play the game itself, but it should make the wait for the PS4 and Xbox release date a little more bearable.

Players control a character named V, “a mercenary outlaw going after a one-of-a-kind implant that is the key to immortality”.

“You can customise your character’s cyberware, skillset and playstyle, and explore a vast city where the choices you make shape the story and the world around you,” CD Projekt explains

The complexity of the game has led to various delays, which has ultimately seen it pushed back until September.

Explaining the delay in a letter addressed to fans, CD Projekt said that while Cyberpunk 2077 was in a playable state, it wasn’t quite ready for launch.

“We have important news regarding Cyberpunk 2077’s release date we’d like to share with you today,” CD Projekt explains.

“We are currently at a stage where the game is complete and playable, but there’s still work to be done. Night City is massive – full of stories, content and places to visit, but due to the sheer scale and complexity of it all, we need more time to finish playtesting, fixing and polishing.

“We want Cyberpunk 2077 to be our crowning achievement for this generation and postponing launch will give us the precious months we need to make the game perfect.”