Cypher looks to scale up after kids get a head... 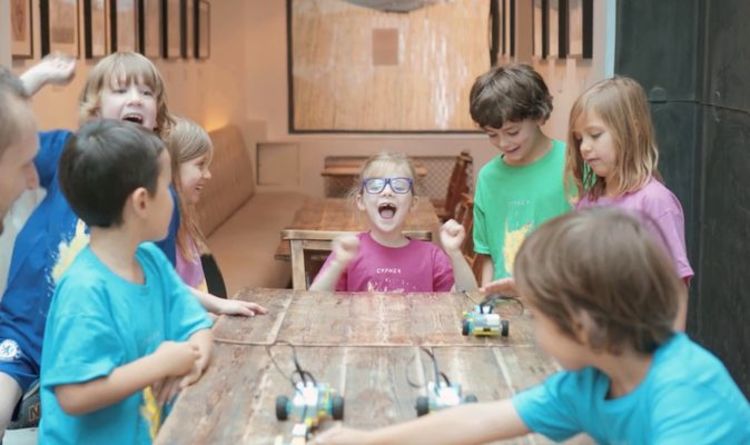 From websites and apps for smart phones and gaming to self-drive cars, robots and finance systems, coding is the groundwork for them all, delivering instructions in software languages that a computer understands enabling it to perform tasks. Yet while it is akin to the new literacy, coding remains an enigma to most of us.

And if it stays that way we risk being left behind unable to progress, create new jobs and saddled with social inequalities, says Cypher founder and chief executive Elizabeth Tweedale.

“When people are equipped with coding skills they are more productive and open minded about possibilities when problem solving,” the mother of three explains. “Acquiring the knowledge should begin as young as possible so it becomes second nature.”

Part of the coding team that constructed Apple’s Silicon Valley HQ, the Californian technology entrepreneur set up Cypher in London in 2016 first with in-person courses and after school clubs and then, since lockdown, with its Live Online teaching programmes for four to 14-year-olds.

After development of the tutorial platform and a home learning pivot, this half term some face-to-face sessions are planned to resume.

Cypher’s business model distinguishes itself by including childcare support and using premises in schools, which also boosts the schools’ earnings.

The moves will keep the business, which employs 14 staff and has seen revenue rise 150 percent compared to 2019, on course for a £700,000 turnover this year as customers join in from 10 countries in mainland Europe as well as the US.

“There is huge recognition now about the importance of computing skills. Our online tutoring sold out in 48 hours,” says Tweedale.

Cypher’s approach is “accessible and innovative using real world examples, so regardless of whether children prefer sports, adventures or artistic hobbies, it appeals,” she adds.

Females are proving keen fans of the sessions and Cypher pays tribute on its website to tech icon Ada Lovelace, the inspirational woman mathematician now revered as the first computer programmer after working on an algorithm for a computer machine in the 19th century.

Most popular among girl students, Cypher has found, are conservation topics offering challenges such as programming a drone so it can track and recoup plastic waste from the ocean.

Tweedale with group of angel backers, some grants and help from accelerators have invested £850,000 in the enterprise whose strategy has prioritised building a scalable model.

“Taking that route has taken time and effort but is paying off,” she explains. “It has enabled us, for example, to create the infrastructure so we can hold events simultaneously across several places.”

Brain-teasing sessions are privately paid for by families at present, but Tweedale’s ambition is to work with state schools so less well-off children don’t miss out. Funding the equipment and tuition needed would come through corporate partnerships.

The next funding raise is likely to be through venture capital and before Christmas. Further roll-out of the sessions to other UK cities are planned along with a move into the United Arab Emirates and more regionally specific content.

“When our children learn how things work under the hood,” Tweedale declares, “we all stand to benefit.”