D.C.-area leaders go their own ways on coronavirus lockdowns 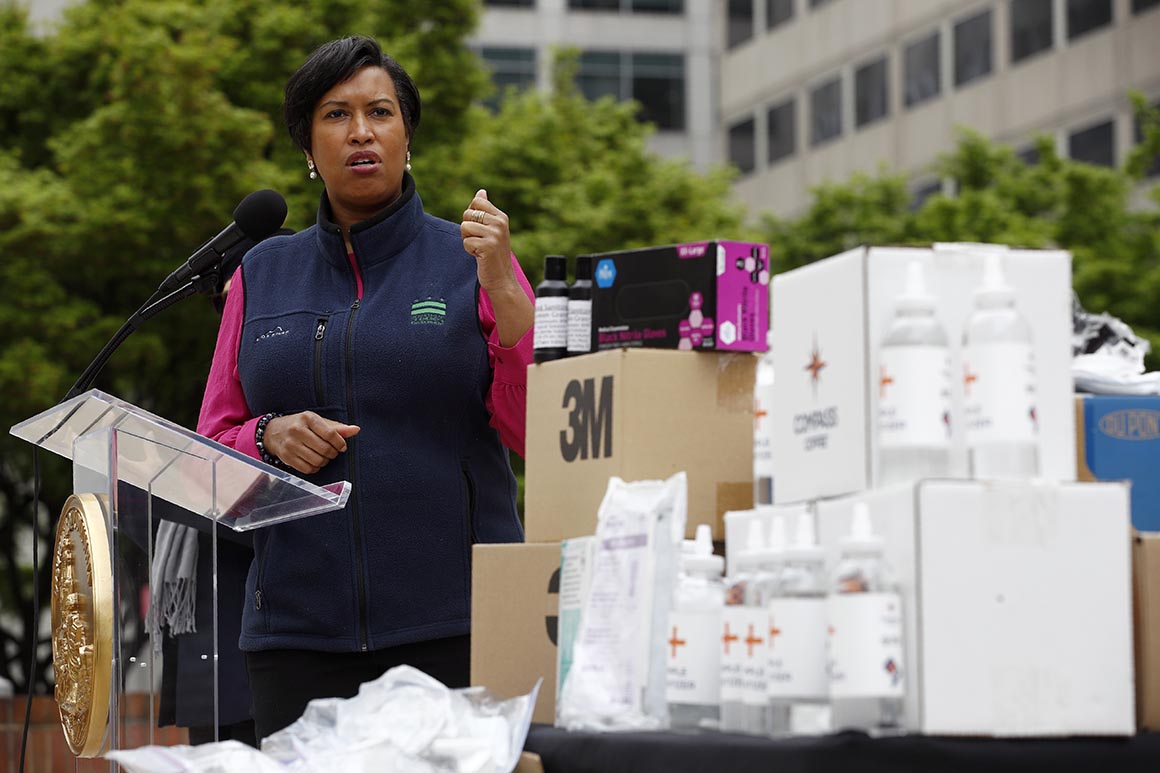 Washington, D.C.’s leaders are fighting to keep the nation’s capital locked down, even as neighboring states begin lifting restrictions, members of Congress return to Capitol Hill and the city’s most prominent resident, President Donald Trump, champions efforts to reopen the nation’s economy.

“I’m the mayor of Washington, D.C., and I am going to do what’s best for our jurisdiction,” Mayor Muriel Bowser said at a briefing Wednesday morning to provide updates on the city’s coronavirus response. And she reminded residents and government employees they are still under a stay-at-home order.

“They should only be going out for essential work, exercise, food, medicine and supplies. That stay-at-home order has not changed,” Bowser emphasized.

But after working early in the crisis to coordinate a response with the states of Maryland and Virginia, home to the heavily populated D.C. suburbs, the District now finds itself breaking from its larger neighbors when it comes to reopening plans. That it’s sandwiched between them will make it that much harder to hold the line.

The Washington metropolitan area remains one of the nation’s hot spots for the virus. As Bowser noted Wednesday, officials continue to see growing case counts and community transmission in jurisdictions across the region. Some of Virginia’s highest coronavirus case counts, hospitalizations and deaths have occurred in areas that border D.C. like Arlington, Alexandria, Fairfax and Prince William. The same is true in Maryland, where Montgomery and Prince George’s counties have the most confirmed cases and deaths in the state.

Employees at two poultry plants on the Maryland and Virginia Eastern Shore are being tested after a recent outbreak there, and D.C. saw an 80-person uptick in confirmed positive cases from Friday to Saturday.

But Hogan said Maryland is beginning to see an encouraging trend on testing and hospital capacity that could allow it to begin reopening sometime this month. He announced Wednesday that the state will resume elective surgeries and allow residents to participate in outdoor activities such as fishing, boating and camping as it nears the initial stage of its reopening plan.

The move follows Virginia Gov. Ralph Northam’s declaration Monday that it could enter its first phase of reopening on May 15. The state lifted its ban on elective surgeries and dental procedures on Friday.

In an interview Tuesday with CNN’s Wolf Blitzer, Bowser warned that it would be bad for both the state of Virginia and the capital region if D.C. and Maryland residents flocked to newly opened businesses there. She elaborated further Wednesday.

“What we know is that when economies — whether they’re around us or around the nation — start opening up, that more people will get infected,” Bowser said. “So D.C. residents who are participating in nonessential activities, no matter the jurisdiction, put D.C., their households, their neighbors, people they’re on public transportation with, at risk.”

Bowser told reporters there is still no date to begin reopening the District “at this point.”

Bowser, Northam and Hogan continue to communicate — most recently conferring on a phone call Tuesday. But like other regional alliances states formed in the early days of the coronavirus outbreak, they are increasingly heading in their own directions.

At separate briefings of their own, Hogan and Northam highlighted the collaboration between all three leaders but also noted that they represent different areas and face unique challenges.

“There’s little differences about the timing of when we closed things or what orders we took,” Hogan said at a news conference. “We never were completely in sync.”

Hogan said he and his fellow regional leaders discussed federal workers, the Metro and the metropolitan area on their Tuesday call, and Northam said they each realize that “the greater Washington area is an area that we need to pay particular attention to.”

Virginia will release more detailed guidance and restrictions on businesses on Friday ahead of its planned reopening a week later. Northam described the forthcoming guidelines as a “floor,” emphasizing that local governments will be able to impose tougher measures to limit the spread of the coronavirus.

“Northern Virginia obviously has higher numbers than other areas of the state,” Northam said. “We’ve also been talking to our local leaders in places like Alexandria, Arlington, Fairfax, Prince William County. We’re still a week and a half away from the 15th, but as we get closer, if they have concerns and want to raise that floor, if you will, for another week, two [weeks], whatever they think is necessary, we’ll work with them on it.”

If Maryland’s positive trends continue into next week, Hogan said his government "will be ready to lift the stay-at-home order and to begin stage one of our recovery plan,” he said. “As our plan has spelled out, that would mean the reopening of certain types of businesses and lower-risk community and quality-of-life activities.”

The state on Wednesday lifted its ban on elective surgeries, and an order allowing outdoor activities like tennis and golf and opening “closed functions” at state parks and beaches will take effect Thursday at 7 a.m.